A new year, a new day

2018 started with the fantastic news that China's ban on ivory trade had kicked in, a huge step that will make a difference for Africa's elephants.  As soon as President Xi made the announcement that this was to occur in 2015, we saw results, from the drop in ivory prices from a high of US$2000/kg to US$500/kg, to an 80% decline in ivory seizures in the country.  All of China's 172 ivory carving factories were closed in December.  Progress!  The fight is not over, but there is evidence of declines in elephant poaching in Kenya and Tanzania in the last year.  The UN has called for a global total ban on ivory trade, with Japan being the last major ivory consuming country yet to join in. 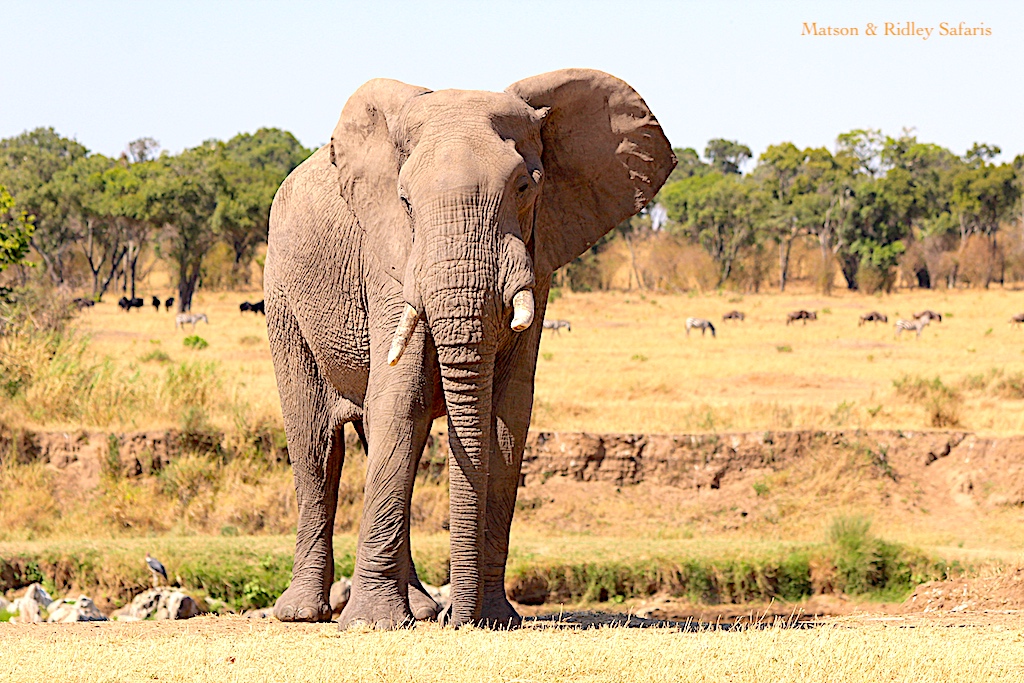 This year is an exciting one for me and my family.  For the first time, Andy's and my youngest son Shep, now aged 4, will go to Africa on our first family safari (his older brother Solo, now 8, had been to Africa 3 times by the age of 4, but as any parent knows, the second kid makes international travel a little more challenging, so it's taken a bit longer for our number 2 to get there!).  We've chosen Namibia as the perfect place for the first of what I hope will be many more adventures under the African sun, because on so many fronts Namibia is a great place to take kids.  It's safe compared to most African countries, by virtue of good governance and a low human population (the country is mostly desert, after all), the roads are great for self-driving which means if you're not on a massive budget and you have the time you can hire a hilux with a rooftop tent and get around that way for a lot less than it costs to fly, and let's face it, Namibia is heaven for little kids as it's one big sand pit! 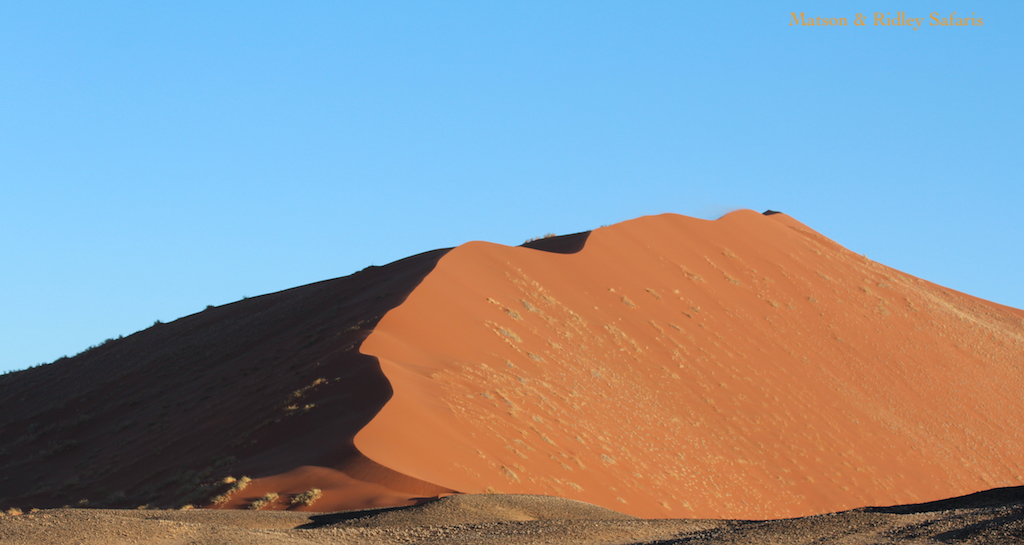 As many of you know, for most of the past 4 years I've been focusing on developing Matson & Ridley Safaris, delivering life-changing journeys that make a difference.  I've had the awesome opportunity to share several safaris with some of you, from Botswana's Okavango Delta and Namibia's desert dunes to Rwanda's mighty Virunga Mountains and Tanzania's magestic open wildebeest plains.  The wildlife experiences have been beyond my wildest dreams - gorillas, leopards, elephants, lions, African wild dogs....  And I love the fact that all this fun is all for a good cause!  There is no question this approach works when it comes to conserving wildlife while also benefiting local people.

The two things must go together: people and wildlife.  Just look at Rwanda, a country that was torn apart by a genocide that claimed the lives of a million people just two decades ago, which has rebuilt itself and has an enviable record of economic growth, womens' equality in politics (half of President Paul Kigame's Ministers are women), and effective, community-based ecotourism linked to mountain gorilla conservation.  Botswana is another firm favourite of mine when it comes to ethical tourism.  While countries like South Africa are struggling to fight the rhino poaching crisis, Botswana has been a recipient of these endangered species, because it provides a safe refuge in the high-end tourism areas in these troubled times.  These countries know that wildlife only has a future if local people benefit from its presence.  Both countries have specialised in top end tourism that puts local communities front and centre of the conservation of wildlife.

People often ask me where they can volunteer to help in Africa.  There are some good options out there that you can pay to help out on, but where we are seeing the big impacts for wildlife is in the exclusive tourism areas, like those run by Singita, Natural Selection, Asilia Africa, Great Plains Conservation and Wilderness Safaris.  The dollars you pay to go on ethical, top end safaris translates directly into local jobs, which equates to local buy-in to wildlife, and basically negates the need for locals to poach the animals (or to provide information to high level cartels driving the more lucrative industries of illegal ivory and rhino horn trade), which in the first place is driven by poverty.  These safaris make enough money that they can directly sponsor local schools and educate kids in conservation, like the Children in the Wilderness program by Wilderness Safaris.  That's why my main focus these days is on ethical safaris, rather than volunteering.  But I understand that people get a lot of being actively involved in conservation while in Africa, and when done right it can make a difference on the ground.

In 2018, we'll be launching our new sub-brand, M&R Wild, and giving you the chance to get even more directly involved in a hands on way.  M&R Wild is the arm of Matson & Ridley Safaris that will run our conservation projects, the first of which we're currently developing, starting with putting together an identification database for the elephant population of Akagera National Park, Rwanda, in partnership with African Parks. We'll be assessing the population size and undertaking a full sex and age breakdown for the first time since these elephants were introduced to the park in 1975 as orphans of a cull in southern Rwanda.  Once we've determined the basics, I hope that this work will lead to more in depth elephant behavioural work, guided by our friends at African Parks, to ensure that this population continues to grow and thrive in Akagera.  We'll also be working closely with scientific advisors who work on the longest running elephant project in Amboseli National Park.  Rwanda has the highest human population density in Africa, and while the government is right behind conservation, there are challenges ahead as not only Rwanda's but also Central and East Africa's human populations boom.  Sanctuaries like Akagera will become islands of wildlife habitat in the future and it's key that we get behind them and ensure the benefits flow back to the locals as the human pressures mount. 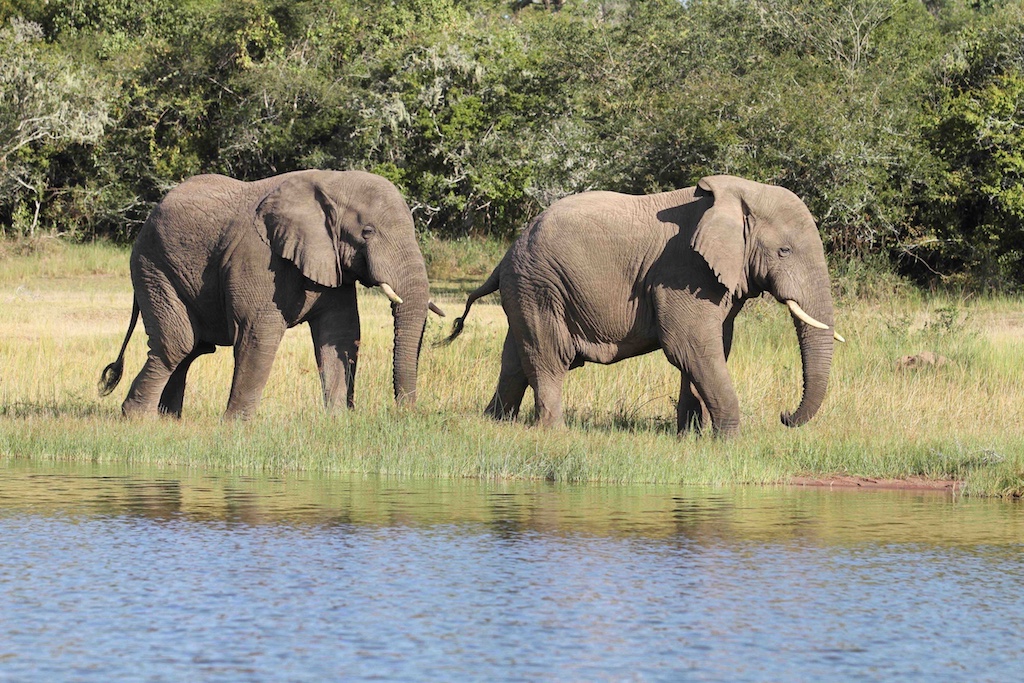 If you're interested in getting involved in M&R Wild's Akagera Elephant Conservation Project, drop me a line through our contact page to register your interest.  Opportunities will become available later this year for active participation in 2019.  Accommodation for our guests will be at the very comfortable Ruzizi Tented Lodge, run by African Parks, and what you pay to be a part of this experience goes directly towards the management of the park itself and the running of the elephant project.  You'll get the chance to participate directly in the collection of data with me and my local research assistant in Akagera, but you'll also be able to get first hand experience of the work being done by African Parks with behind the scenes experiences with AP staff, local Rwandan community visits and fence line walks to check for breaks.  You'll also be able to join relaxed sunset boat tours on the lakes and night drives, which aren't available in many parks.  But the very special thing about this experience is that you'll get to know the elephants we're working on and have a chance to be a part of their recovery.  It's an incredible experience to be in Akagera.  While it doesn't have the vast numbers of wildlife that you get in the Serengeti, there's a special feeling of being a part of the rebuilding of something extraordinary.  African Parks in partnership with the Rwandan government is doing an amazing job.

Read more about the incredible work being done by African Parks to restore Akagera National Park to its former glory here.

To register your interest in getting involved in M&R Wild's Akagera Elephant Conservation Project, contact me here.

We will be launching M&R Wild later this year.  If you would like to be involved in fundraising events linked to our launch, which will benefit African Parks and the Akagera Elephant Conservation Project, in your city, please drop me a line through our contact page! 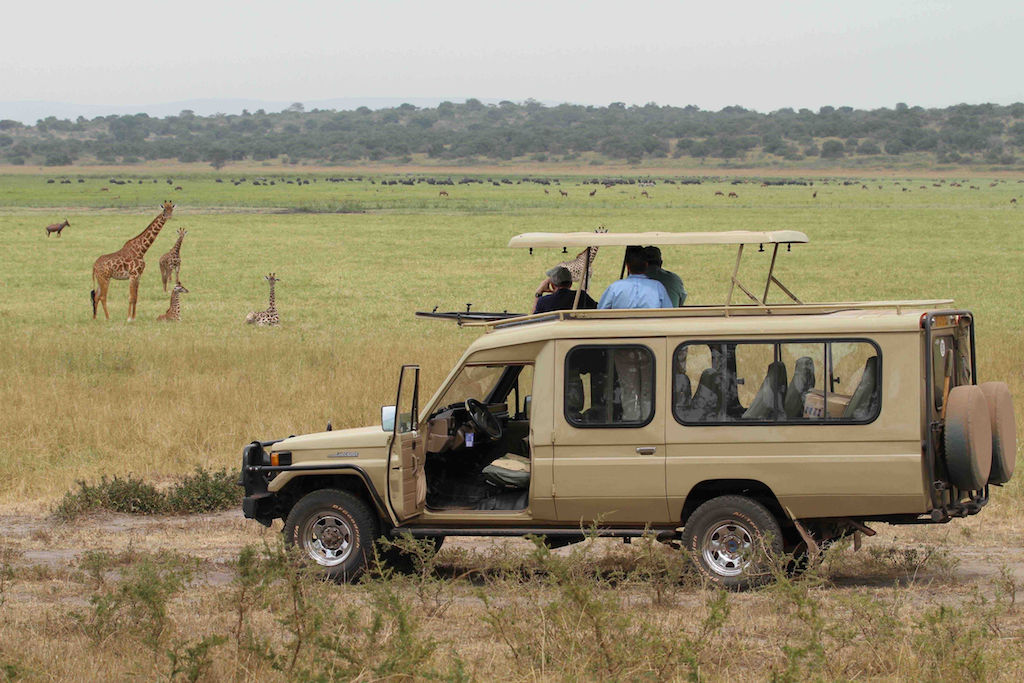 To you and yours, may 2018 be a year of inspiration and adventure! 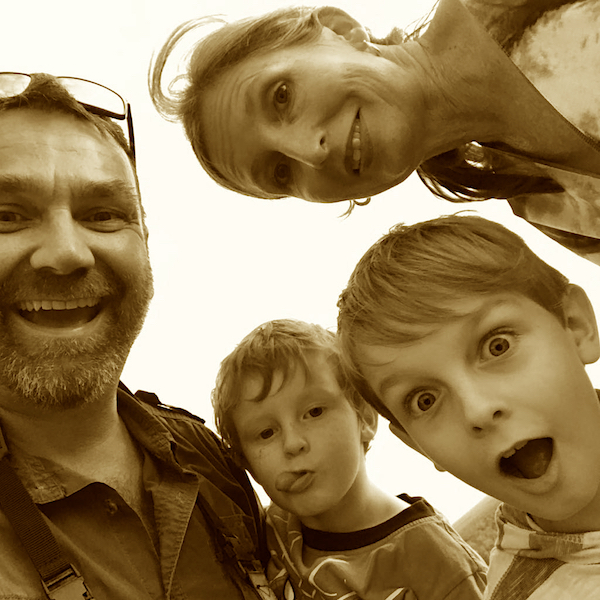