Waking up in Akagera National Park is a lot of things but one thing it's not is quiet.  Oh yes - it's a wilderness experience, the likes of which you're not likely to find in many safari countries these days, because as yet the vast crowds of tourists of the rest of East Africa have yet to discover this little gem.  But quiet it is not.  You won't hear planes flying over or cars and buses roaring past.  You won't have that pulsing, omnipresent background noise of the city.  You wake up to the sound of hundreds, perhaps thousands of native bees! 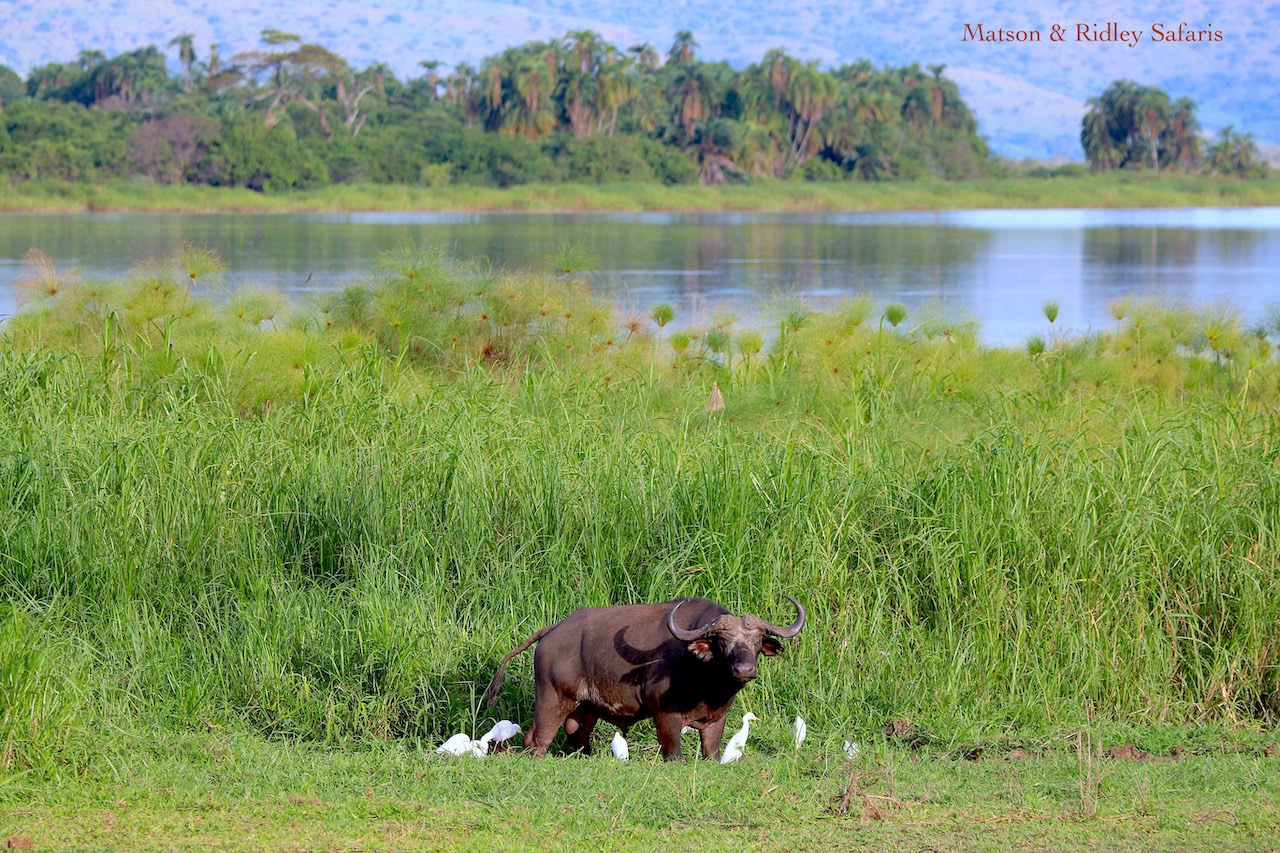 We hear a lot about bees these days - or rather the growing decline in their populations, with scary repercussions for pollination of both wild flora and agricultural crops.  I think that's why I noticed their melodic hum so much before the sun broke over the Ihema Lake, on which Ruzizi Tented Lodge sits.  Each one of the double safari tents of Ruzizi, each one with two single beds or a queen, plus ensuite bathroom, is perched right on the lake and is far enough from other tents that you feel very much in the wilderness. 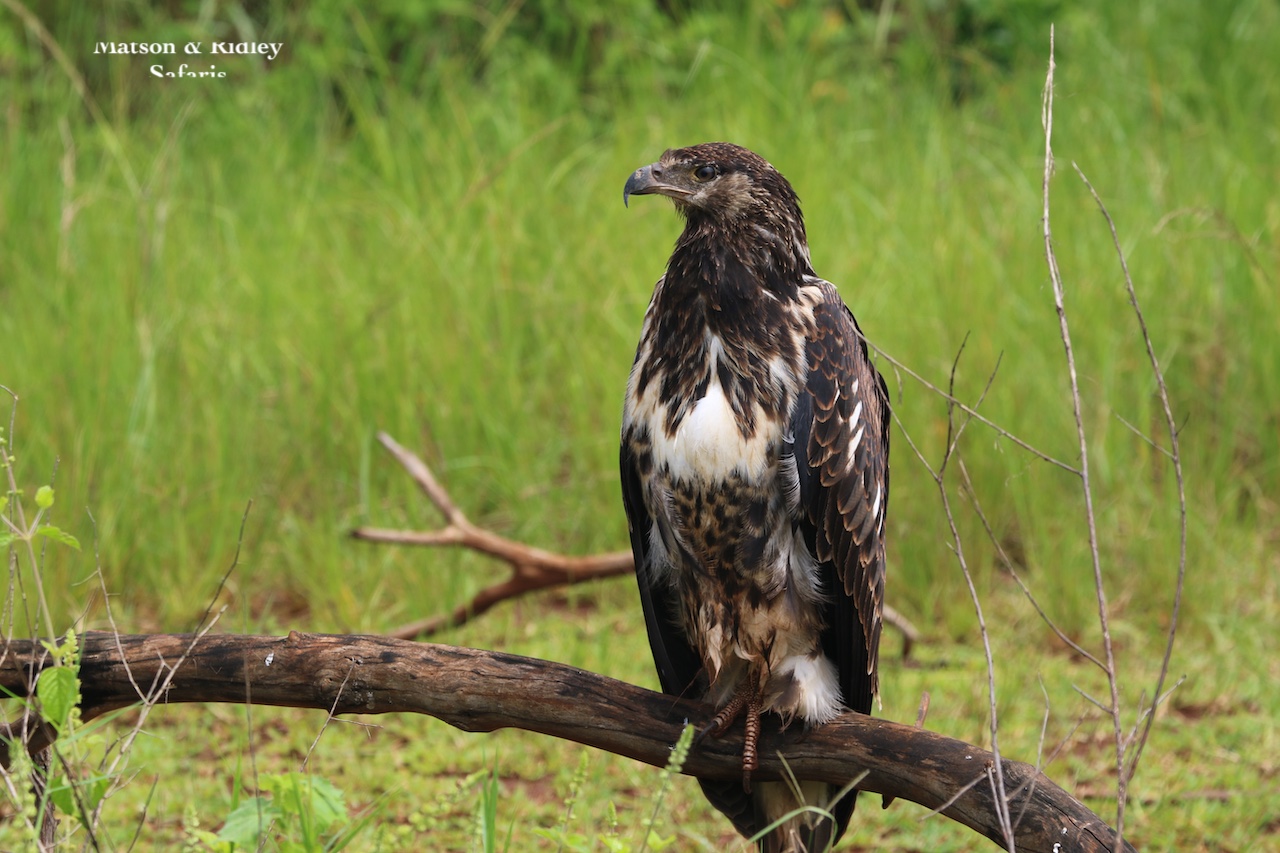 You literally watch the Nile crocodiles as they slink by in the silvery, serene waters.  Hippos, of which Akagera has what is thought to be one of the largest populations in Africa due to the abundance of lakes, pop up their heads, flick their delicate ears, then disappear again underwater.  The honks of hippos are a constant serenade in this place as the sun rises and sets and these bulbous vegetarians wander around camp all night grazing on the short grass.  But it's the dawn chorus that is most astounding in Akagera.  There are over 500 species of birds in Akagera, from the common Pied Kingfishers, the often spied Malachite and Giant Kingfishers, the regal Fish Eagles whose cry is instantly recognisable among the others, to ospreys, white-browed coucals and lilac breasted rollers.  Birders will have a field day in this place.  Akagera's papyrus swamps are also believed to be home to the Shoebill Stork.  I have yet to see one, but I'm told they're definitely there.

Akagera is also a zoologist's dream in that there are new things to see and discover!  For me, it was the first time to see a blue monkey (below photo) and also this little beauty in the video below!  I captured it on film at dawn just outside my tent, feasting on insects.  What do you think it is?  See if you can guess... It had me and the staff at Ruzizi confused and perplexed for the best part of a day!

I was in Akagera for the elephants, kicking off the Akagera Elephant Project with a small group of safari guests who not only helped me start the process of photographing, filming and ID'ing the population, but also through participating in this safari enabled the research to happen.  By staying at Ruzizi Tented Lodge, which is owned by the Akagera Management Company (a partnership between African Parks and the Rwandan government), and hiring their vehicle, paying park fees and enjoying park activities such as sunset boat rides, night drives, fence walks and community visits, we ensured that almost all of the funds paid on the ground went to the management and conservation of this emerging national park.  Safaris don't get much more giving than this.  You are truly part of conservation when you visit this place. 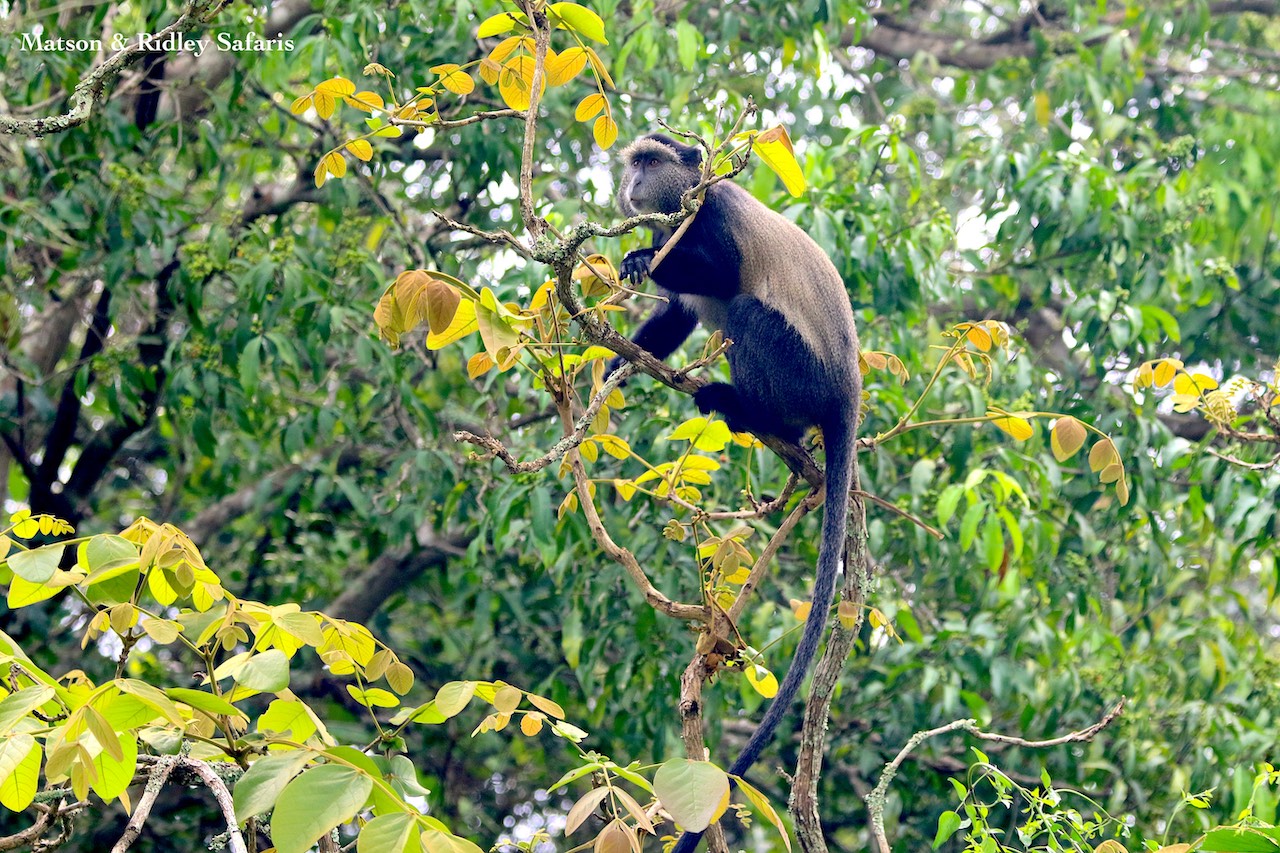 Above: A shy blue monkey

My group had a wonderful time, and were lucky enough to even see leopards on their night drives - a very rare and special treat anywhere in Africa, and certainly never guaranteed.  But it was the elephants that won everyone over.  It wasn't easy to find them, I'll be the first to admit, and we relied strongly on our local community guides, Godefroid and Evode, to seek them out.   Some days we looked all morning and could only find recent tracks, dung and broken trees, showing that they had moved into thick woodland and away from the roads.  But the sometimes fruitless searches for the herds were never devoid of animal action, as Akagera has good populations of other species like impalas, baboons, vervet monkeys, the shy blue monkeys, waterbuck, bushbuck, warthogs, reedbucks and topis. But when we did find the elephants, it was worth the wait! 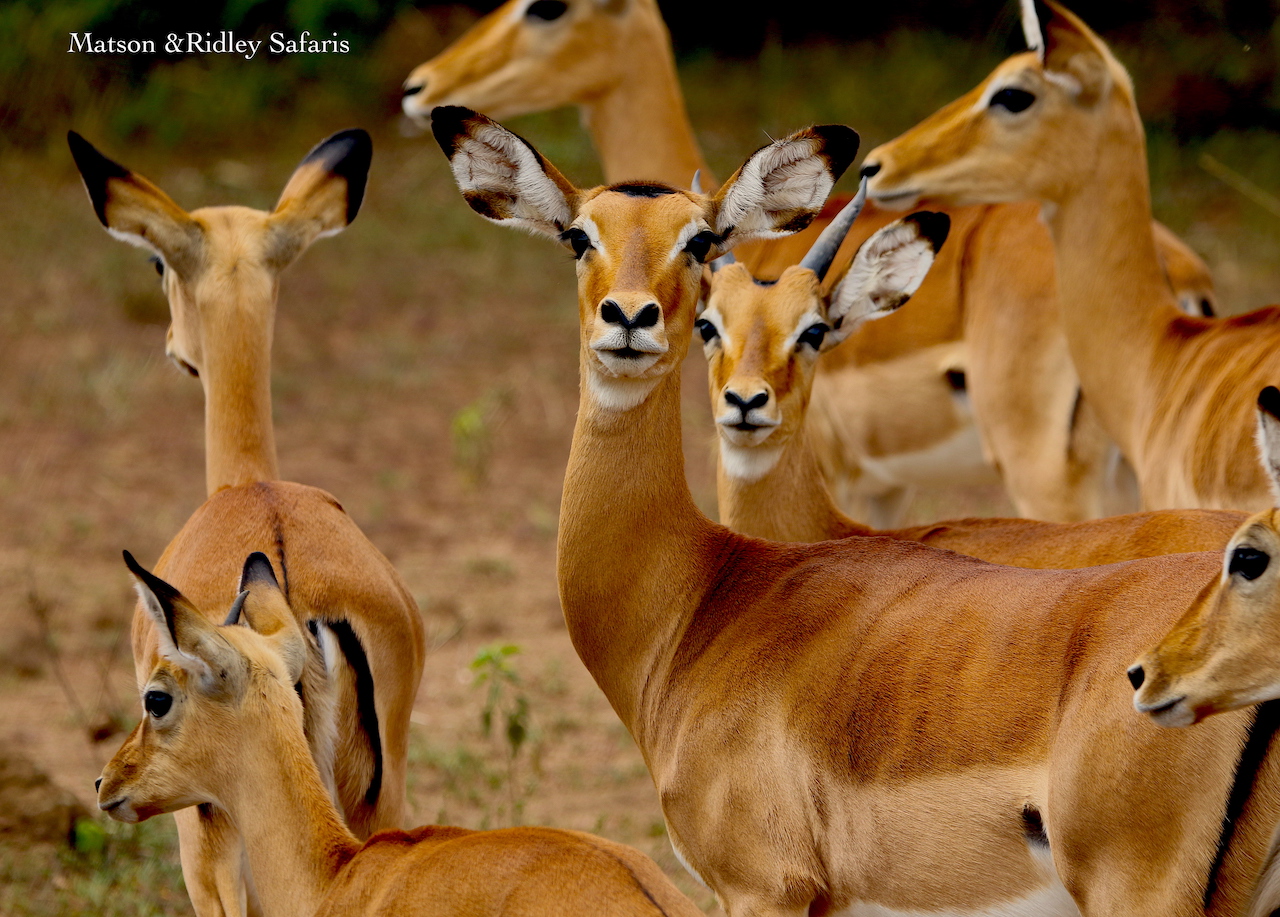 The recently reintroduced black rhinos are hard to see, but lions and spotted hyaenas are often seen in the northern part of Akagera, where the habitats are more open.  In the area where the yet to be opened new Wilderness Safaris luxury tented camp is located in northern Akagera, "Magashi", I saw a herd of 20 giraffes, while spotted hyaenas scrambled around them on the plains, with a backdrop of hundreds of Cape Buffalo.  Akagera is not the Serengeti in terms of wildlife densities, but there is plenty there to keep animal lovers occupied, and then some.  And you don't get the tourist crowds of the Serengeti in Akagera, which, trust me, is a big deal when you're trying to have a close-to-nature experience. 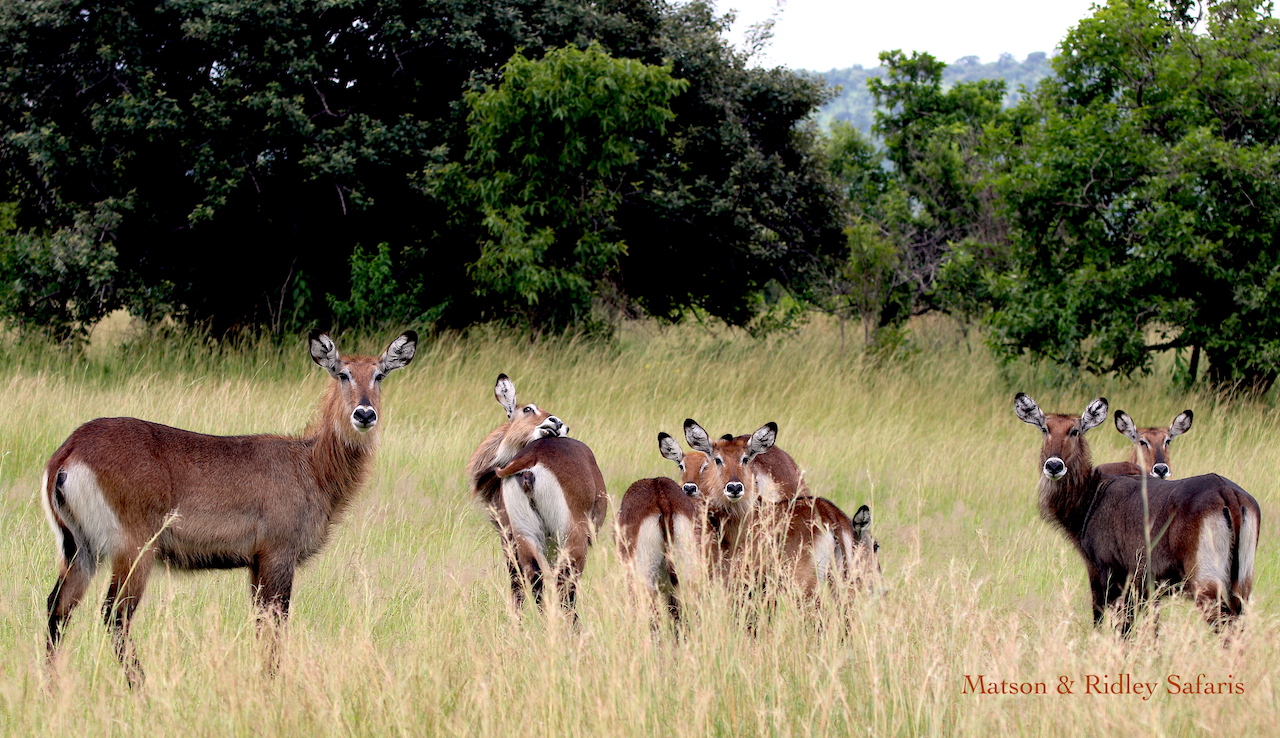 So, the elephants!  Introduced from another part of Rwanda in 1975, the 100 or so elephants in Akagera were brought in as orphans of a cull and were all under 10 years old at the time.  They survived the trauma of the loss of their families, being moved to a new area, in itself a stressful experience for any animal, then after the Rwandan Genocide, Akagera was flooded with people returning with their cattle, and another difficult era ensued.  The rhinos and lions were all killed during this period, and have only been reintroduced in the last couple of years following the joint management arrangement between Rwanda's government and African Parks.

Snaring continued to be a problem in the park for many years after this and has only recently abated since strong anti-poaching programs have been put in place.  The snaring was for meat species like antelopes, not targeting elephants, but trunks and elephant feet are easily caught in these wire traps and can be sheered completely off, leaving horrible damage.  Unfortunately, we saw several elephants with serious war wounds from snares, like this bull below who has two damaged feet and a trunk with half cut off. 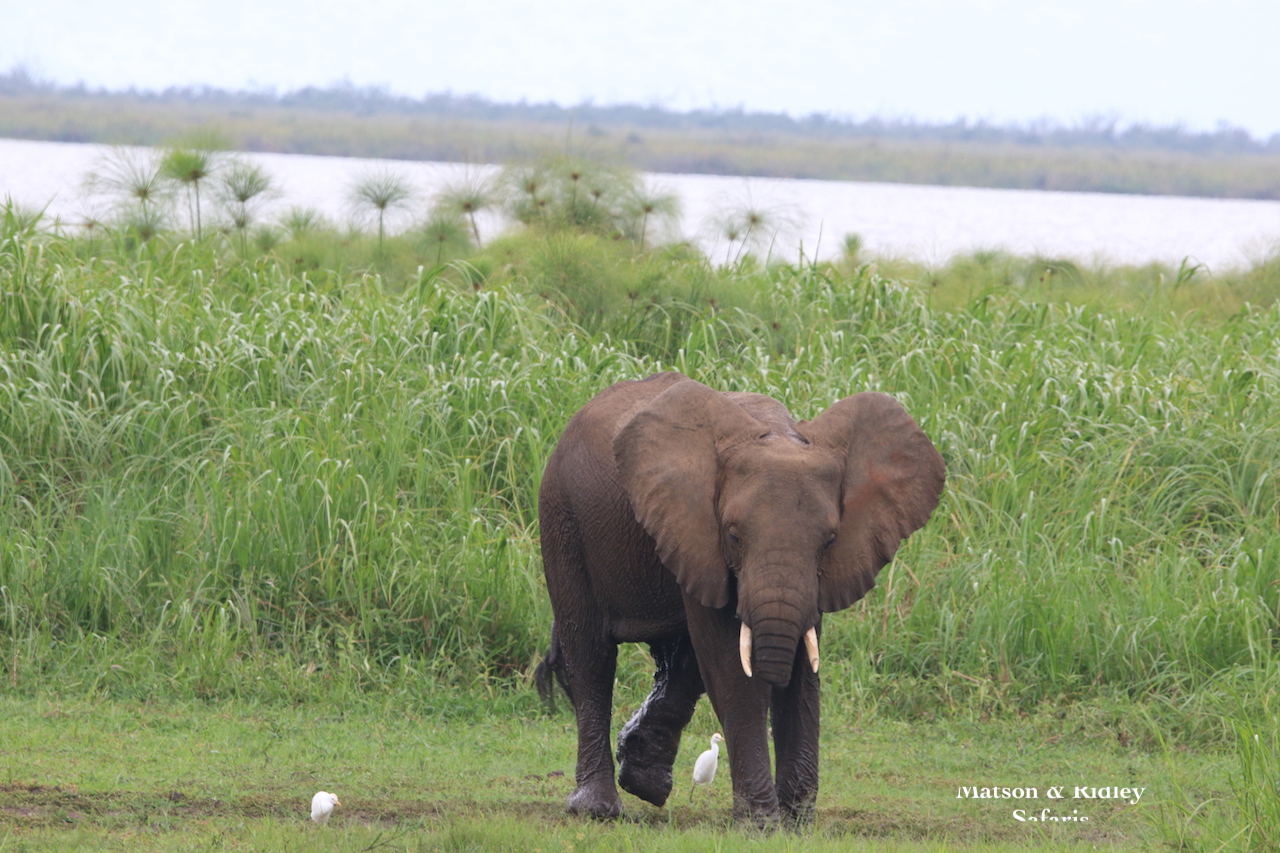 We discovered there are two large clans of elephants in the park, including breeding herds with females and young, being trailed by several bulls.  They allowed us to get very close to them, to observe and photograph them at length, and I think above all this was the most magical part of the trip, just being able to spend quality time with the elephants.  I always say spending time with elephants is as close to therapy as you can get.  It's like a kind of meditation when they are relaxed and you can just be among them.

I'm not going to lie - these elephants have been through a lot and there are signs of aggression at times as a result.  I was charged on the first day before my group arrived by a bull who was simply grumpy and didn't want any cars in his vicinity.  However he did back off when Godefroid hit the vehicle loudly and shouted at him to stop.  These elephants have been through a lot and especially the older ones, such as the lovely old dame known locally as "Floppy Ears" (her ears flop forward permanently), who is probably one of the original orphans, now perhaps in her early 50s.  We treat all elephants with a great deal of respect and watch for any telltale signs that they might need more space. 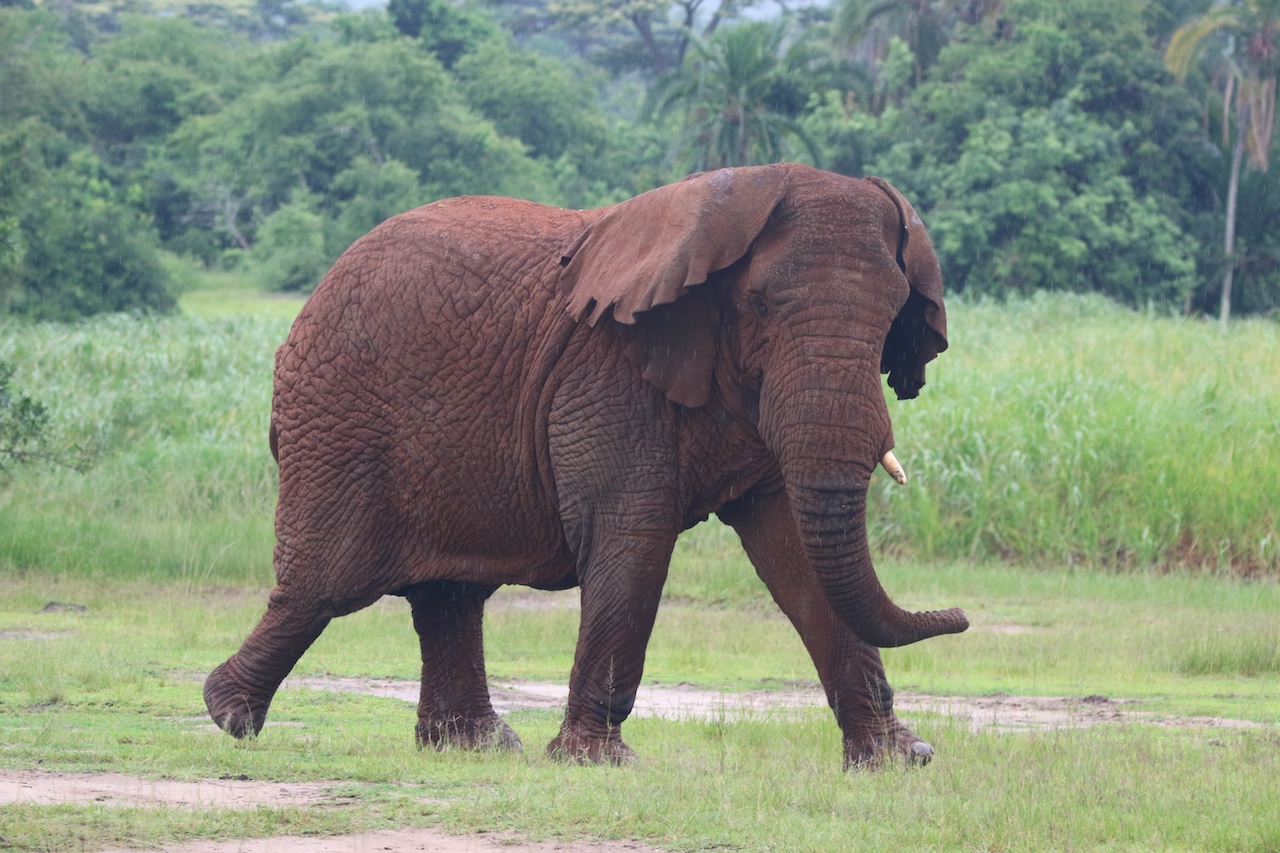 For the next few months I'll be analysing the data we collected in Akagera and making a start on the first photo ID database of elephants in the park.  Thanks so much to this year's group for all their help, and to the amazing local team in Rwanda, especially Sarah and Jess from African Parks, Godefroid and Evode, our local guides, and the staff at Ruzizi Tented Lodge.

There's lots more to be done, so if you'd like to sign up for next December's Akagera Elephant Project, now's the time to do it.  The group size is limited to 12 people and I only have space for 4 more to join us.  After the week researching elephants, I'll be taking the group up to northern Akagera's savannahs, staying at the new luxury Magashi Camp, followed by a visit to the Volcanoes National Park where we'll do two treks with the mountain gorillas.

SIGN UP HERE TO JOIN ME IN RWANDA IN DECEMBER 2019

Singapore based friends, you can hear more about the initial findings of the Akagera Elephant Project at my speech for the Royal Geographical Society of Singapore on the evening of 17th January.  Book now at RGS events.  I'll be showing my latest footage on the night so please spread the word if you have friends in Singapore who love elephants! 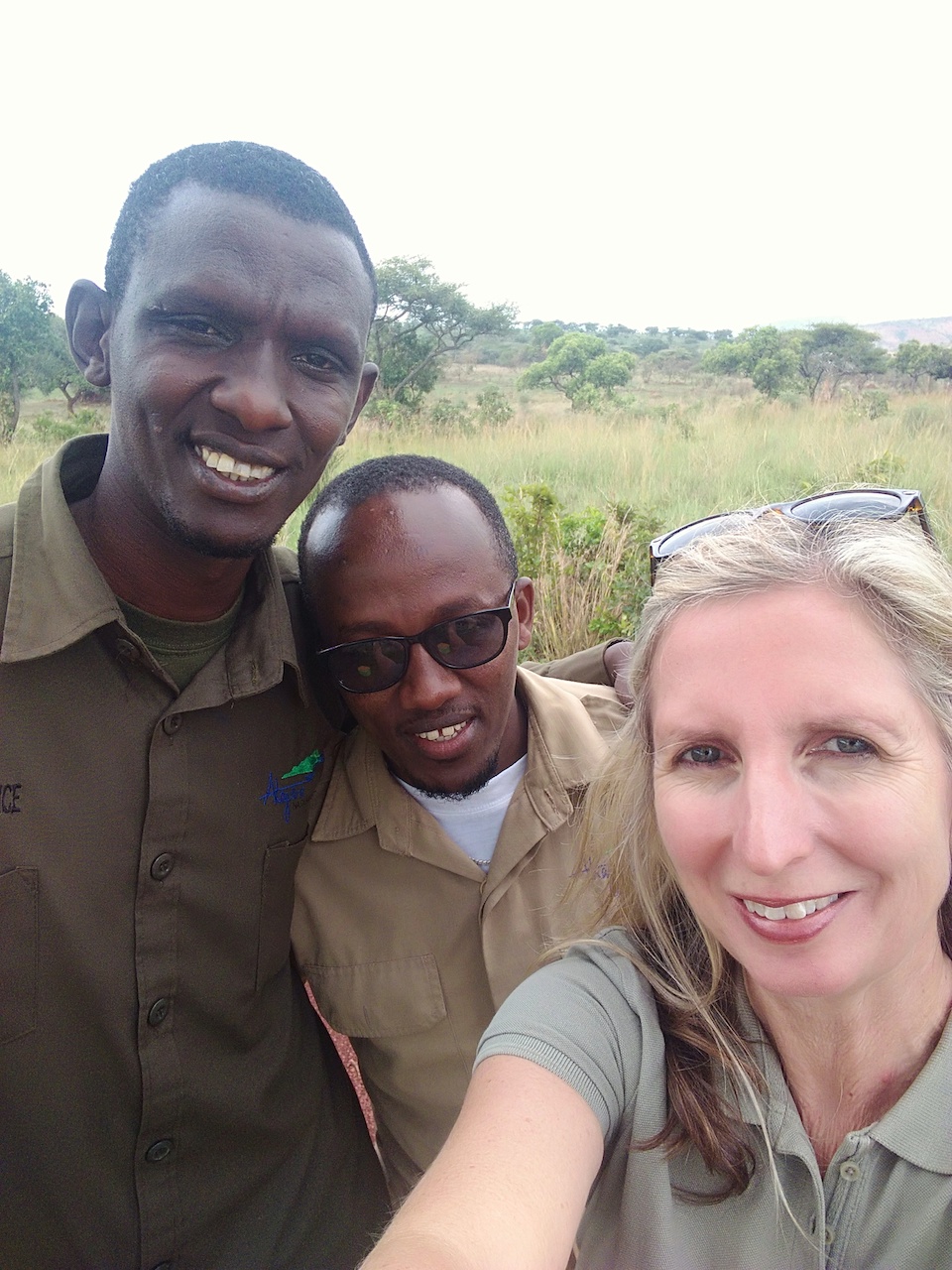 "Akagera National Park offered me a unique and memorable experience because of the country's recent history and the park's revival in a relatively short period of time. By offering the tour as part of the field study trip of the elephants in ANP led by Dr. Tammie Matson, spotting a family of elephants was no longer the same as spotting any other animal. We became more engaged, and enthused, as if we chanced upon some long last friends! We also came across many bird species and other animals , including 3 of the 5 Big Fives - what a treat this entire trip was! Thank you Dr. Matson and M&R Safaris."