The name of the game for 2020 is adapt and be resilient, but it's also been about working out how to pivot in our work or businesses to roll with the punches.  For Matson & Ridley Safaris, with our tours in Africa and Australia all postponed to 2021, and still awaiting news of when the Covid-19 vaccine will be in widespread use, we've been developing our conservation consultancy side and looking at ways we can contribute during these uncertain times for everyone. 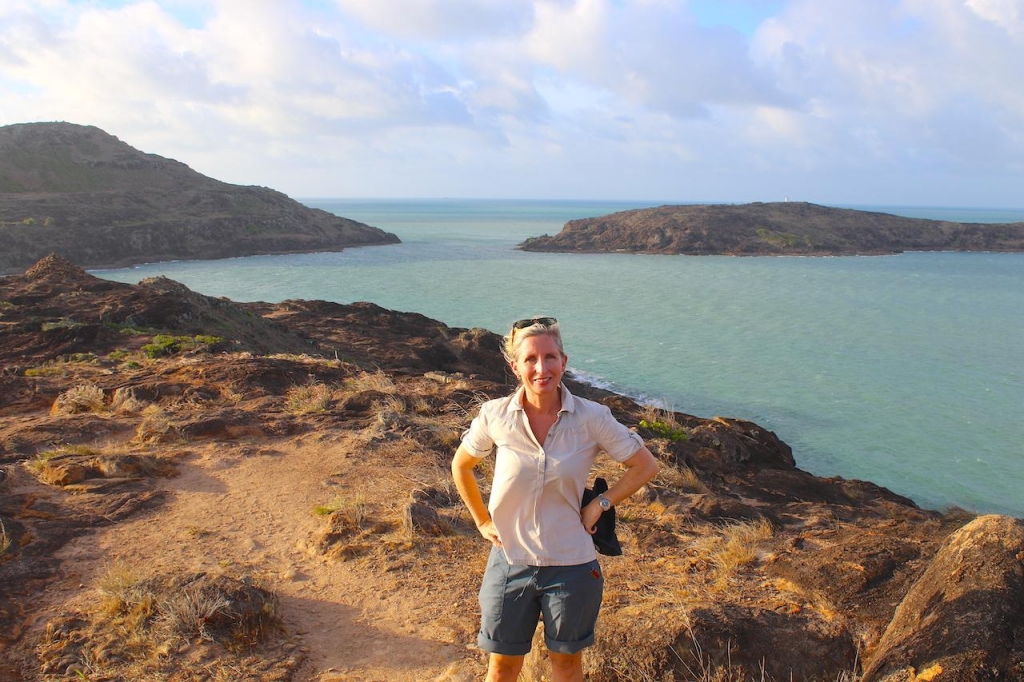 Photo: The author at the very tip of Cape York overlooking the Torres Strait

For me that's meant a lot of time over the past couple of months exploring a part of the world I'd never seen before - Cape York and the Torres Strait.  This remote, northern part of eastern Australia is in our back yard in Cairns, but it's a real wilderness, with a great diversity of habitats and wildlife, and many Indigenous people living a relatively traditional way of life.  It's a vast area, bigger than the whole state of Victoria, and most of it is cared for by many Indigenous clans and Traditional Owners.

It's also croc country, so you don't want to go swimming in anything bigger than a pond if there's not a sign there saying it's ok to swim!  The Torres Strait has a very high concentration of dugongs and Cape York beaches provide a haven for endangered nesting marine turtles.  There's some brilliant conservation work being done by Indigenous rangers all along the coastline.  By reducing numbers of feral pigs, and developing special cages to protect turtle nests from pigs, in some areas they've increased turtle hatchling success by 400%.  Several species in Cape York aren't found anywhere else (other than in part of  PNG), like common spotted cuscuses, green pythons and palm cockatoos. 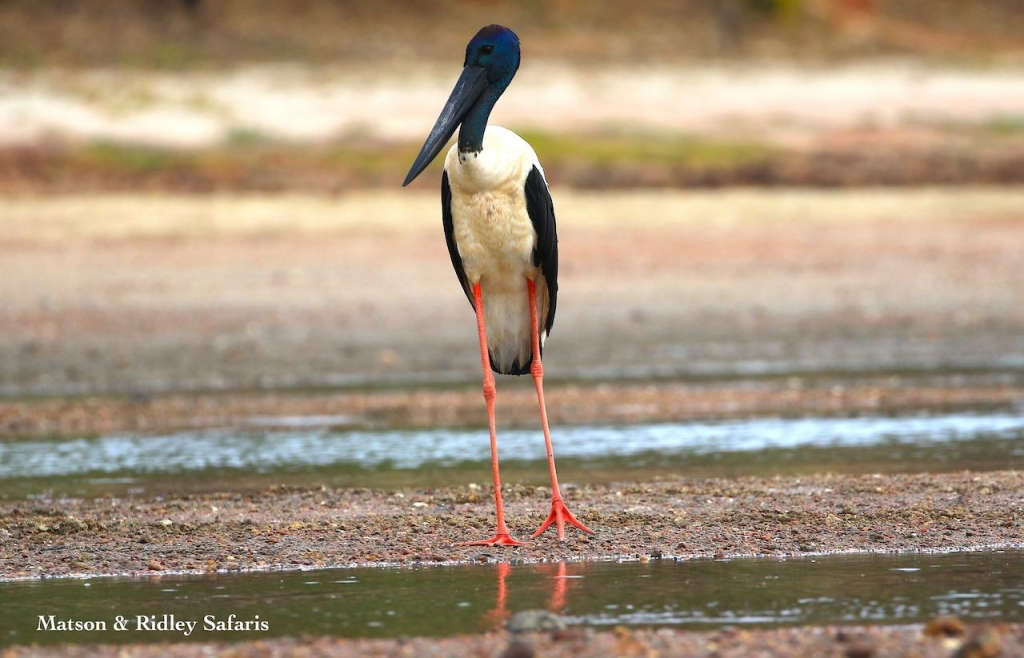 To me, the sense of wilderness and adventure in this part of the world has a lot in common with Africa.  I've been spending time with Indigenous communities and councils talking about their vision for tourism in the area and looking at whether the African joint-venture luxury tourism model, exemplified by lodges like Damaraland Camp in Torra Conservancy, Namibia, might work for them.  It's an exciting project and I'm looking forward to seeing what's possible.  We hope to be able to include this region in our Australian safaris at some point in the future. 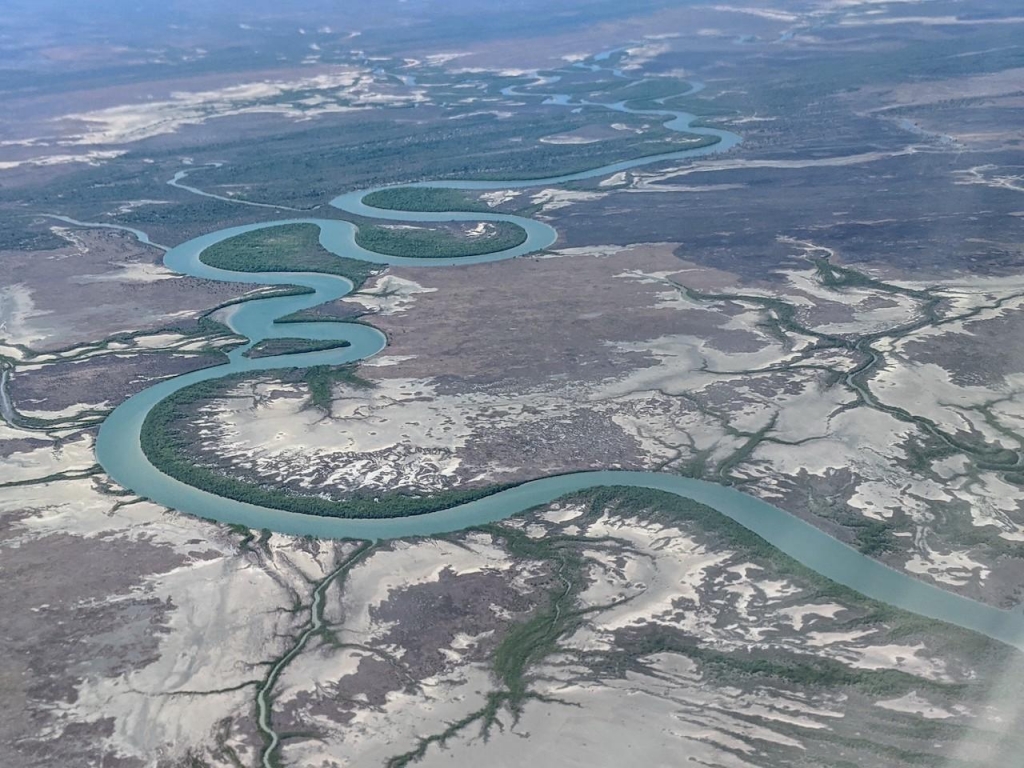 Photo: Aerial view of the area between Pormpuraaw and Kowanyama, part of the Mitchell River Delta - stunning area!

Meanwhile, Andy has just launched the Great Reef Census (read ABC article here), after several years of work with his team at Citizens of the Great Barrier Reef and many, many partners.  It's a gigantic feat that's kicking off across the Great Barrier Reef over the next 10 weeks as a flotilla of boats heads out to assess the state of reefs all across it's vast area for the first time.  You can participate as a citizen scientist just by visiting the reef or you can participate as a citizen analyst.  Learn more here.  This year they are aiming to survey 100 reefs as a pilot; next year 500, with a view to using this reconaissance data to assist managers to aid coral recovery most effectively.

Over the last month we've seen a number of African countries re-open for tourism business and international arrivals, taking strict measures to ensure compliance with new rules due to Covid-19.  Rwanda, Namibia, Kenya and Tanzania are a few of our favourite safari countries that have re-opened under strict guidelines to avoid transmission of the virus.  South Africa is due to re-open in October.

Meanwhile there have been great efforts by rangers and those who support them through the #WildlifeRangerChallenge to keep the poaching at bay under these extremely challenging circumstances, following the loss of tourism income on which many rely to undertake conservation work.  The Akagera guides in Rwanda, who our safari guests at Matson & Ridley generously supported for several months, are now getting by with income generated by domestic tourism, although obviously this is lower compared to what is usually provided by international visitors.  The guides in Akagera are key to the ongoing data collection in the Akagera Elephant Project, which is fed into a central whatsapp conversation.  It is a very tough time in Africa, so if you get a chance to support efforts to keep rangers boots on the ground through organisations such as African Parks please get behind them now moreso than ever.

In great news, African Parks, together with the Rwandan government, has just taken on the management of Nyungwe National Park in Rwanda, following the success of their management in Akagera. Watch video here about this wonderful partnership.

If you are in need of some inspiration, please watch the wonderful National Geographic video "Akashinga - the brave ones" - the story of the all-female anti-poaching ranger team in Zimbabwe led by Aussie Damien Mander of the International Anti-poaching Foundation.  You can watch the whole video here  (approx 14 mins long).

Have a great weekend, everyone - I'm off to watch David Attenborough's new documentary.