In March this year, twenty years after the first genetic studies identified that central and west Africa's forest elephants were genetically distinct from savannah elephants, the IUCN finally recognised forest elephants as a separate species.  This is a big deal because this also means the species is classified as Critically Endangered and will be given higher priority for conservation.  The situation for forest elephants has been dire for centuries, ever since the bloody days of the ivory trade.  Some studies suggest their population has dropped by 86% over the past 31 years and another one described a more recent decimation of their population by 62% between 2002 and 2011.  Africa's forest elephants are truly vanishing giants which is why I'm dedicating this blog to sharing what we know about the world's 'newest' elephant species. 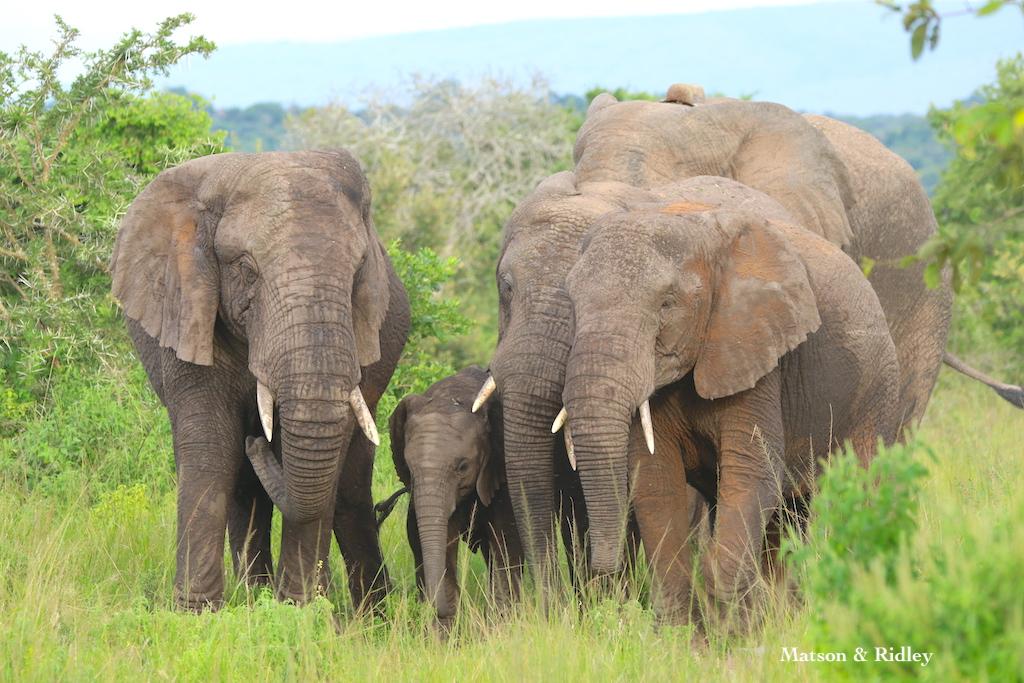 Rwanda has both forest elephants in the western forests (bordering Congo) and savannah elephants in the eastern savannahs of Akagera National Park.  Perhaps this country also has hybrids; this is part of genetic work currently being carried out by conservationists in the park.  The photo above was taken in Akagera.

Most of Africa's forest elephant live in Gabon and the Democratic Republic of Congo (72%).  The main threat to their existence is poaching for ivory, but there is also the silent killer of habitat loss for agriculture and mining.  This is a species that is still very much at risk of extinction. 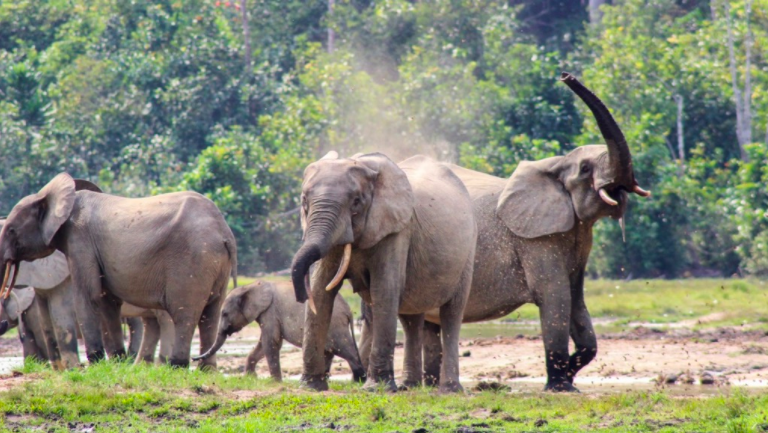 Forest elephants spend time in bais (or forest clearings) where there are mineral concentrations that they feed on - photo credit: Wildlife Conservation Society

Most of what we know about elephants in the wild comes from studies of African savannah elephants and Asian elephants, but until recently very little was known about Africa's secretive forest elephants.  We do know that they are mega-gardeners in the ancient forests of Africa, moving with the ripening of fruits in their habitats and mostly observed by people when they enter clearings in the forest, known as bais. 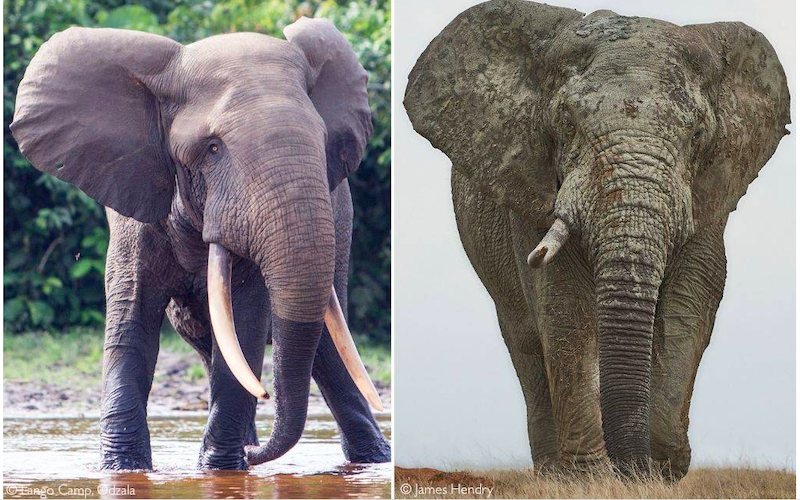 Personally, I've never got even remotely close to a forest elephant and chances are you haven't either as the Congo isn't high on the list of places tourists tend to visit.  I once did see the steaming fresh dung of a forest elephant in the forest in western Rwanda while trekking to the mountain gorillas, but the rangers told us they are extremely shy.  It is pretty exciting, nonetheless, to be walking in the ancient forests of the Volcanoes National Park, following paths that forest elephants and mountain gorillas use as well.

Given that the ranges of forest and savannah elephants are so close to each other, can they interbreed?  Well, yes.  This has been part of the reason for the long, drawn out time it took to reclassify them as a separate species, because there are in fact hybrids.  These have been identified in several national parks in western Uganda (bordering the Congo), Burkina Faso, Benin, Sudan and the Democratic Republic of Congo.  Hybridisation is limited to the juncture between forest and savannah habitats, and is possibly driven by poaching pressure.  Forest elephants are largely restricted to forest habitats and savannah elephants to savannah habitats which for millennia drove the formation of separation of species.  (Read more here). 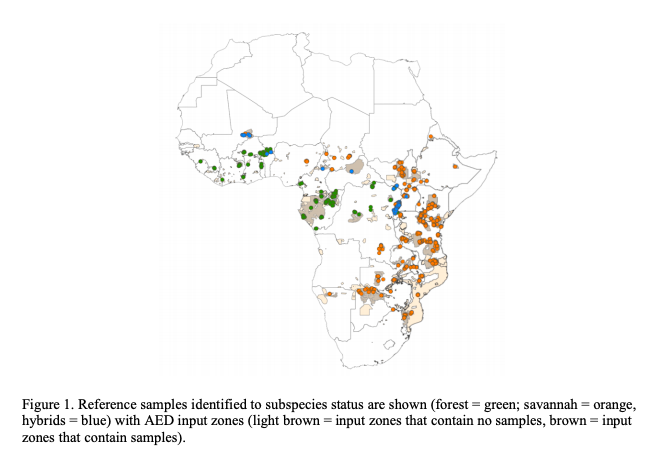 The map above from Kim and Wasser, University of Washington (2019) shows hybrids in blue, savannah elephants in orange and forest elephants in green.

Going on an ethical safari that supports the conservation of elephant habitats is one of the best things you can do to help conserve elephants, but while African travel is not on the radar, consider supporting on-ground charities making a tangible difference like African Parks.  African Parks works with governments and local communities to manage entire ecosystems, including vital habitats for forest elephants that you are less likely to visit as a tourist (e.g. Odzala Kokoua National Park, Congo).  Donate to African Parks or learn more here.  While tourism is low or in some cases non-existent (even pre-pandemic), African Parks pays rangers to keep boots on the ground and maximise the flow of benefits to local communities to reduce poaching.

On a different note, recently I joined fellow wildlife woman Jodie Creek, who was also with me the last time I was in Rwanda studying elephants, to talk elephants, impalas and all things wildlife-related.

To listen to our Wild Chats podcast click here.

Until we meet again on the plains of Africa, keep safe and be well.

Here's some inspiration from Namibia!