When I got back from Rwanda in early January, we had no idea the crisis that was about to unfold across the planet from the novel coronavirus.  2020 has become the year of the pandemic and all of us are adapting to it in our own ways.  Back in early March, my first response to the sense of fear and trepidation about the many unknowns that people around me were feeling was to think about how elephants might react if this was something that was affecting them.  The population in Akagera National Park, Rwanda that has been my focus for the last couple of years have dealt with trauma after trauma in their lives, and only in the last decade have things settled down for them and a peaceful existence made possible by the wonderful team at the Akagera Management Company (African Parks in partnership with the Rwandan Development Board).

The original elephants translocated to Akagera have been through so many trials, from first witnessing the losses of their families in the 1975 cull, to being moved to a new and unfamiliar area, then this new home becoming a place of war during the Rwandan genocide, and later of human encroachment as people returned afterwards with their cattle, taking over their habitat.  The park was filled with wire snares during this time and many elephants suffer terrible wounds to their trunks and feet to this day as a result.  They are safe now and slowly beginning to forgive us for the damage we've done, becoming more relaxed in the presence of vehicles.

If these elephants could give us some advice during the Covid-19 crisis, what would it be? 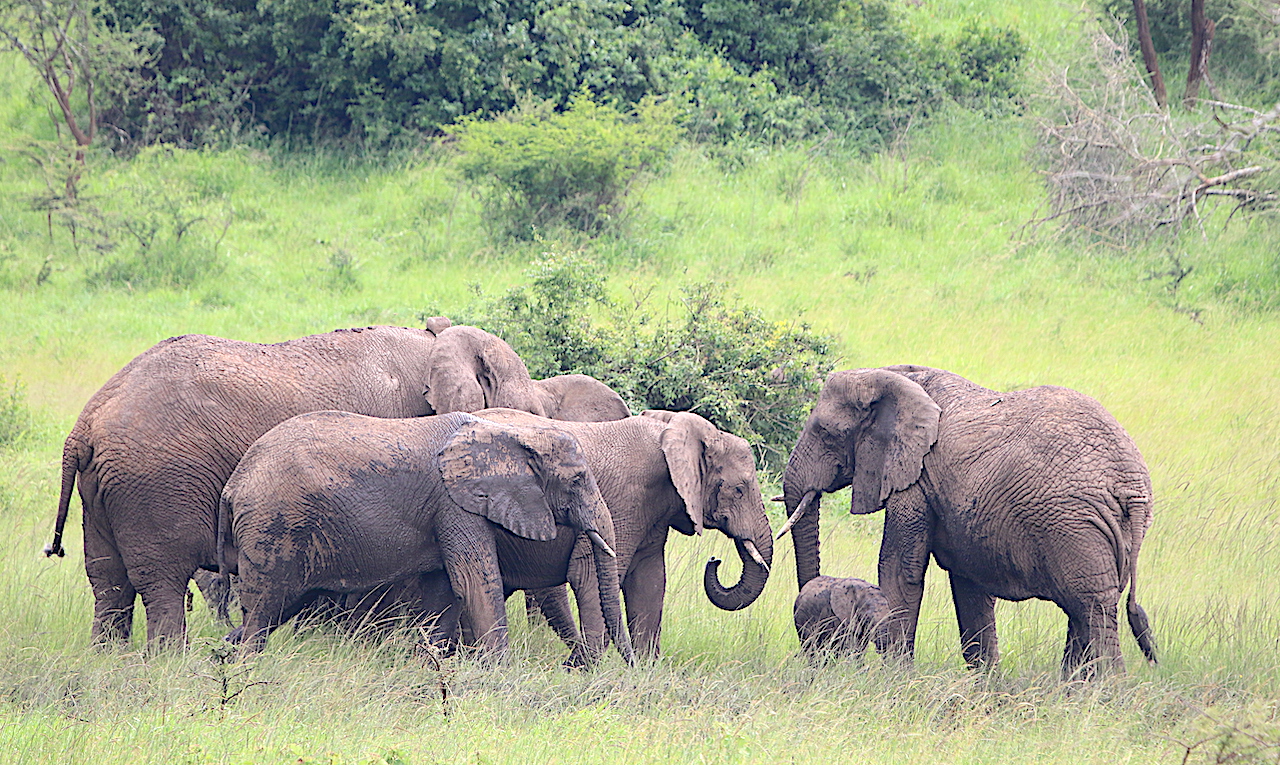 Photo: Clan B near the north gate of Akagera, Akagera Elephant Project, December 2019

Well, one things for sure - in times of crisis, elephants stick together as a family.  They are tremendous listeners.  And because they have such long memories, they know that this, like other traumas, will pass in time.  I reckon if we could understand them they'd remind us how important it is to slow down and listen carefully to the message that nature is telling us.

I've been working on a little video during isolation and I wanted to share it with you here.  It's about 4 minutes long and best watched on a bigger screen than a phone if you're able to.  I'd suggest, take a deep breath, grab a cup of tea or a glass of vino and relax a little before you watch it.  This is my attempt to share my take on the amazing wisdom of elephants.