A recent study by IFAW found that across a nine-month period, 2,772 ivory items were for sale at 175 auctions in 21 auction houses in Australia and New Zealand and 13 rhino horn items were also found. Only 8 per cent of ivory items for sale were accompanied by provenance documentation.  (Link to IFAW report “Under the Hammer”)

That's just not good enough Australia.  The Chinese and United States governments have committed to ending their domestic ivory and rhino horn trades.  Even though Australia has a much smaller market, it's still a market and any market contributes to the demand for ivory and horn which keeps the poaching going.  It's time for us to play our part.  So here's what you can do.

That's all you have to do!  The more our politicians are aware of this problem the more likely we are to see some legislation preventing the sale of ivory and rhino horn in Australia. Come on Aussies! 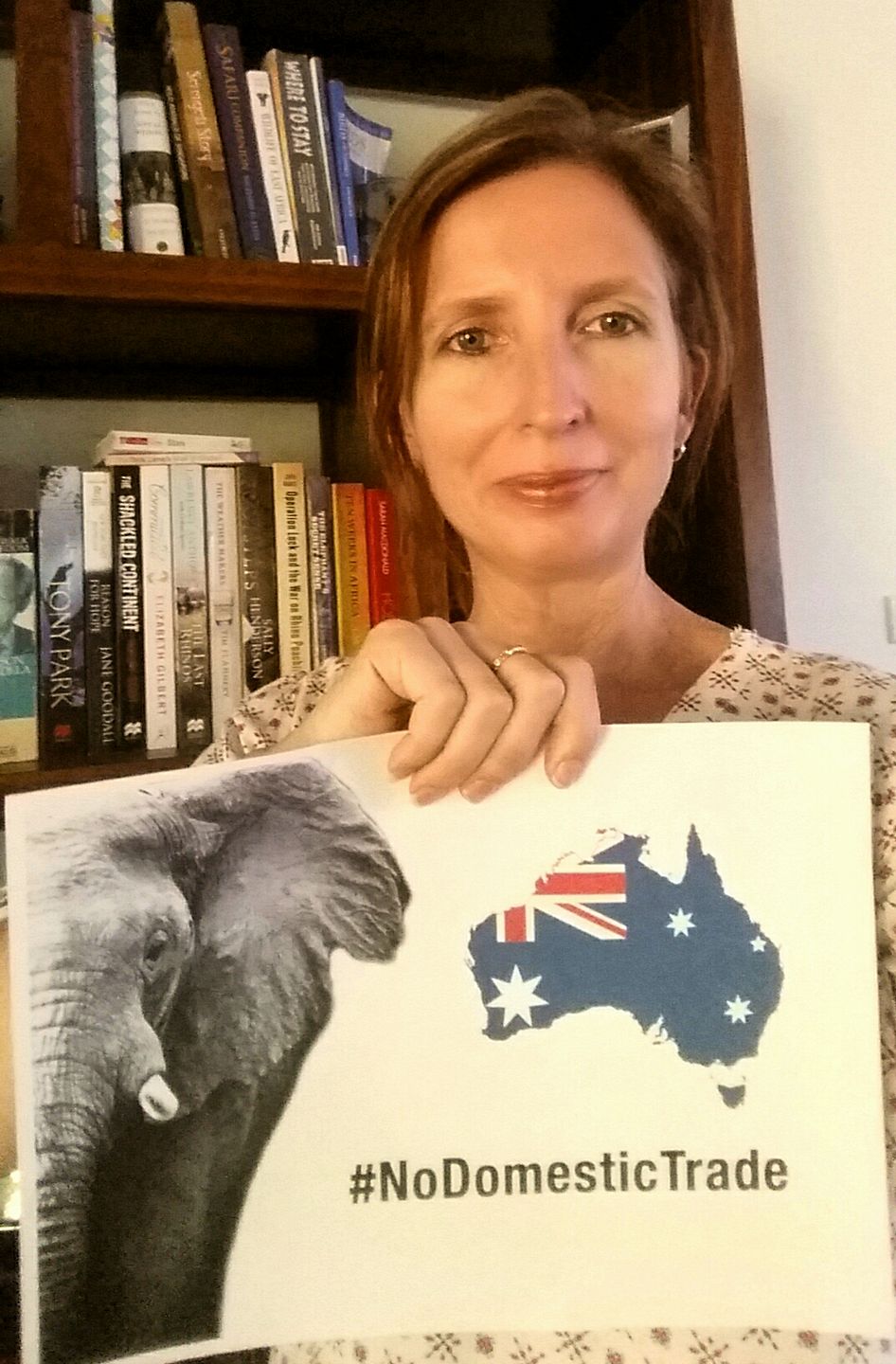 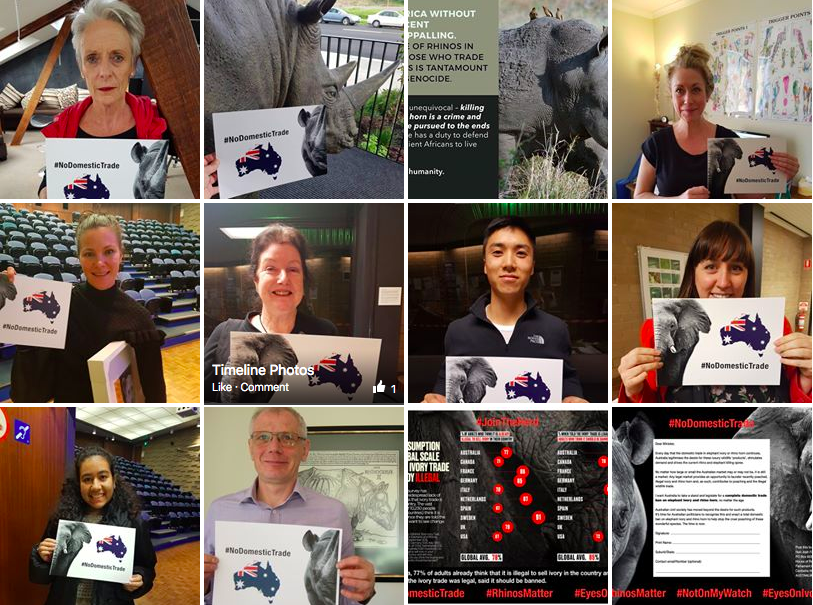 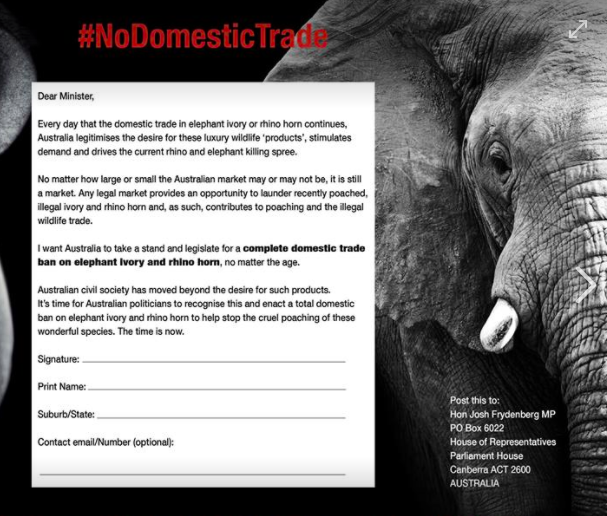