In the last month I've been fortunate to lead two groups of intrepid travellers to experience up close the majesty of the mountain gorillas of Rwanda.  Words do a pretty poor job of explaining how it feels when you're just metres away from one of our closest relatives in the wild green heart of Africa, but I'm going to give it a go in this blog. There's a reason why this experience is so high on many peoples' wildlife bucket lists.  It's very, very special.  And I can't tell you how impressed I am with the country of Rwanda.  I can't believe it's taken me this long to visit! 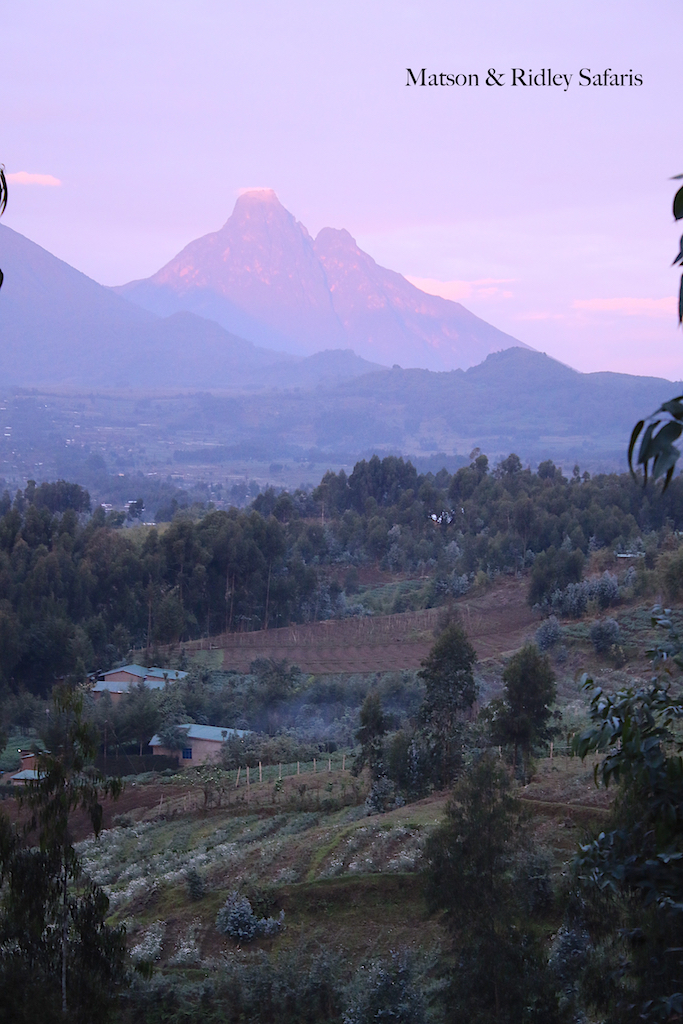 This is a country that has a compulsory clean up day on the last Saturday of every month, and a ban on plastic bag use (ahead of Australia!), so you simply don't see rubbish by the roadside.  It's incredible how the people of Rwanda have rebuilt themselves and their country since the infamous genocide of 1994.  The genocide is still relatively fresh in peoples' minds, but President Paul Kigame has prioritised unity, really pushing the idea of 'we are all Rwandans', with the divisions of Hutu and Tutsi now pushed into the past. People do still remember the genocide of course. After all, anyone aged in their late 20s has childhood memories of its horror and it seems few were left unscathed by what happened.  A million people were killed in the genocide and it followed decades of civil war.  I was having a casual chat with my waiter at the hotel on our first day and he told me he lost both his parents in the genocide.  Our guide from Governors Camps lost his father.  But there isn't a sadness in Rwanda.  There's a sense of hope and unity.  And there's a sense that they are very, very serious about the conservation of the gorillas and about the value of them for their growing tourism industry. 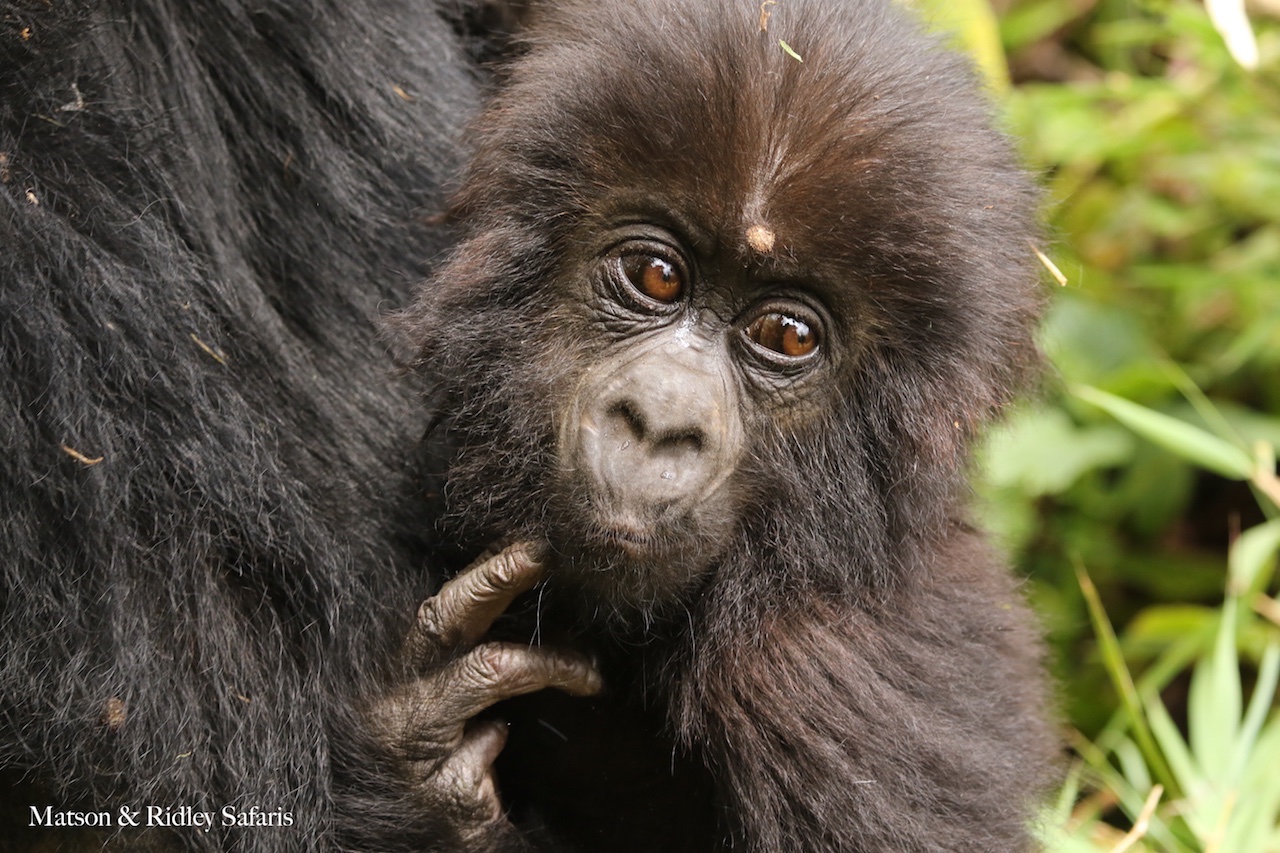 Largely agricultural, with limited mining resources, Rwandans grow white and sweet potatoes, pyrethrum for export, and lots and lots of bananas, as well as having thriving commercial tea and coffee plantations.  It's a small country, only about 26,000 square kilometres in extent, the fourth smallest in Africa's mainland, with about 12 million people.  So when you drive from the capital Kigali to the Virunga mountains in the west bordering the Democratic Republic of Congo and Uganda, you get a strong sense of how dependent people are on a rural, subsistence lifestyle.  It's all old style agriculture, with goods being transported in giant sacks on the back of bicycles, women and kids hoeing fields by hand, and not a tractor in sight.  The most striking thing for me as an Aussie was all the gum trees along the road sides and on the mountains.  A legacy of the Belgian colonial regime, eucalyptus trees were planted to reduce erosion on the mountains which are heavily farmed.  I half expected a koala to poke his head out!

I chose Sabyinyo Silverback Lodge for my groups to stay at in the Virunga Mountains, not only because it is number 1 on tripadvisor, but also because this is a community-owned and run lodge which ensures that the maximum benefits flow back to the local people.  And after my first stay there, I was so glad we did.  The views of the mountains are incredible when the mist lifts, the warmth and homey feeling engendered by the lodge staff and the beautiful, private rooms with their gigantic bath tubs and crackling fire places, make for a wonderful combination. 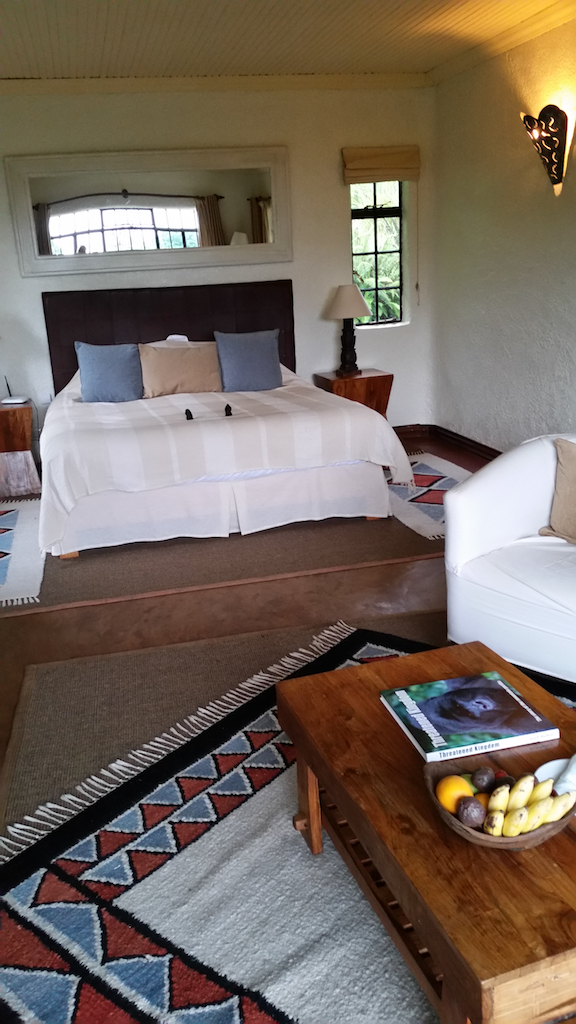 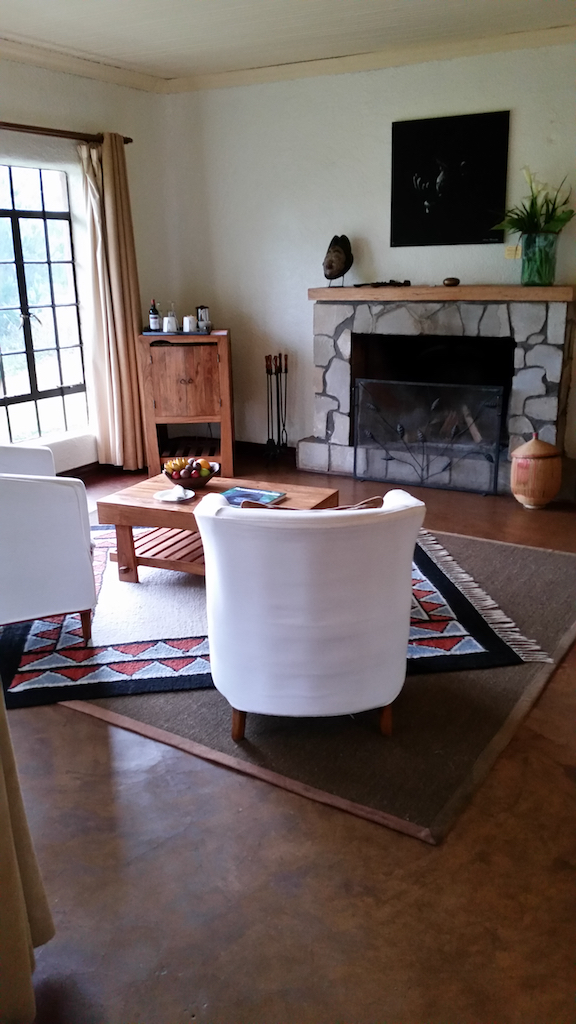 A typical day with the gorillas unfolds like this.  A nice cup of tea or coffee arrives with a smile at your room around 5.30am and then you make your way up to the dining area for your choice of eggs and bacon, freshly baked muffins or croissants, and a range of fruits and cheeses.  Sabyinyo staff provide you with gaters and gloves to keep the stinging nettles at bay (a favourite food of the gorillas!) and a brown paper bag with snacks and drinks in it.  At 6.30am, your guide meets you and takes you to Volcanoes National Park Head Quarters where Rwandan singers and dancers entertain you while your guide finds out what gorilla family you've been allocated. 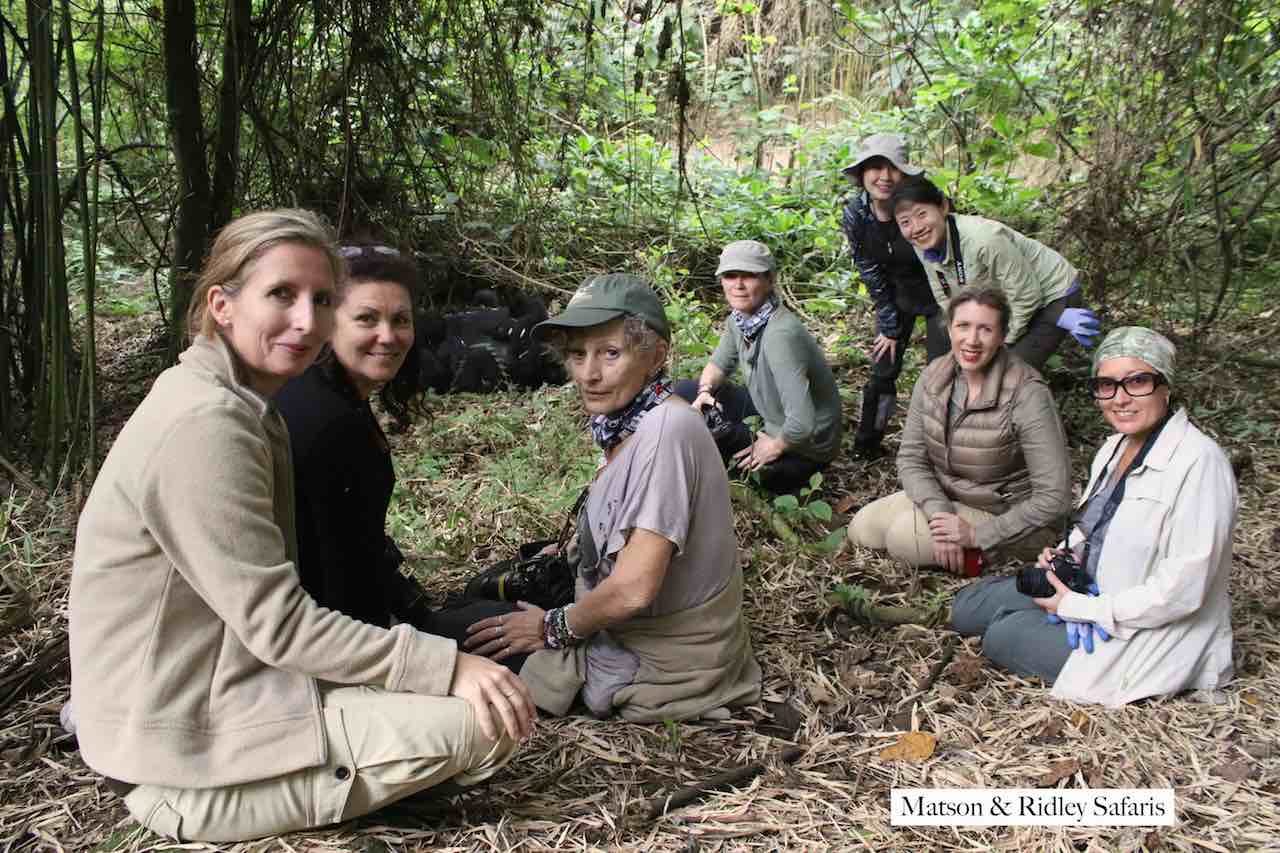 A maximum of 8 people are allowed per gorilla family and there are only about 10 families.  Gorilla families are allocated based on fitness and age of the permit-holders that day.  My first group chose a medium grade trek on the first day, which was pretty heavy going, all up hill through the bamboo forest for about 2 hours.  It was worth it when we got to the gorillas, and actually it was primarily because of the altitude that we all struggled (including a marathon runner in the group!), up to 3200m where the gorillas were in this case.  On the second day we opted for an easier trek!  Each group of 8 has a gorilla ranger/guide who stays with you for the duration of your trek and they all speak good English. 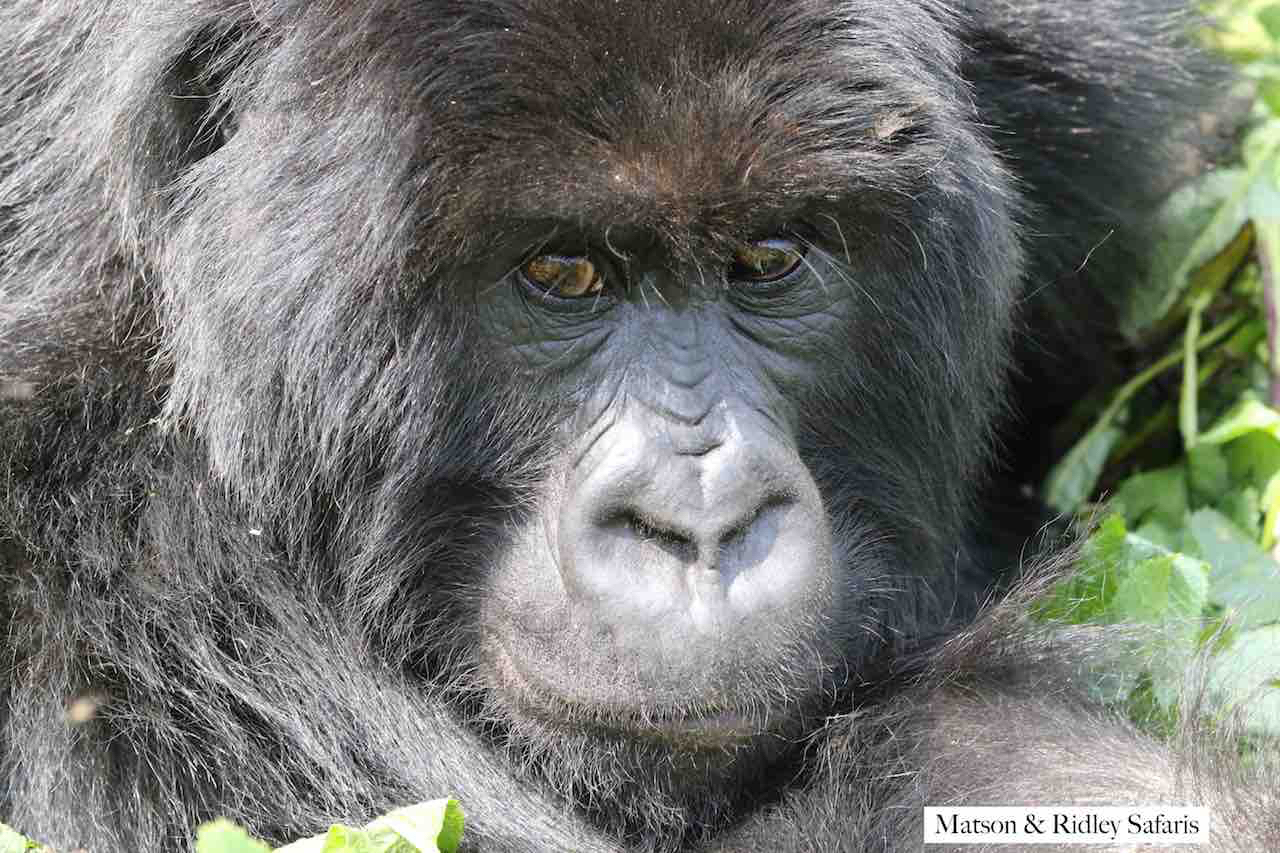 Depending on how far your gorilla family is, the drive to get to where your trek starts could be half an hour or an hour and a half.  The roads are for the most part fine, except for the last bit which is usually only a few kilometres of hell but nonetheless very rough.  Expect your insides to feel like they've been through the washing machine (it's faster to walk) on this last bit of the drive.  You meet your porter there, and he/she will carry your bag to the top and assist you through the tougher bits of the hike, for about US$10-15.  It's definitely a good idea to have a porter, not only because even marathon runners struggle with the uphill hikes at high altitude, but also to support the local economy.  The key to dealing with the altitude is to drink, drink, drink - water, that is - and limit your alcohol within reason, because you need to hydrate much more than usual to avoid altitude effects like nausea. 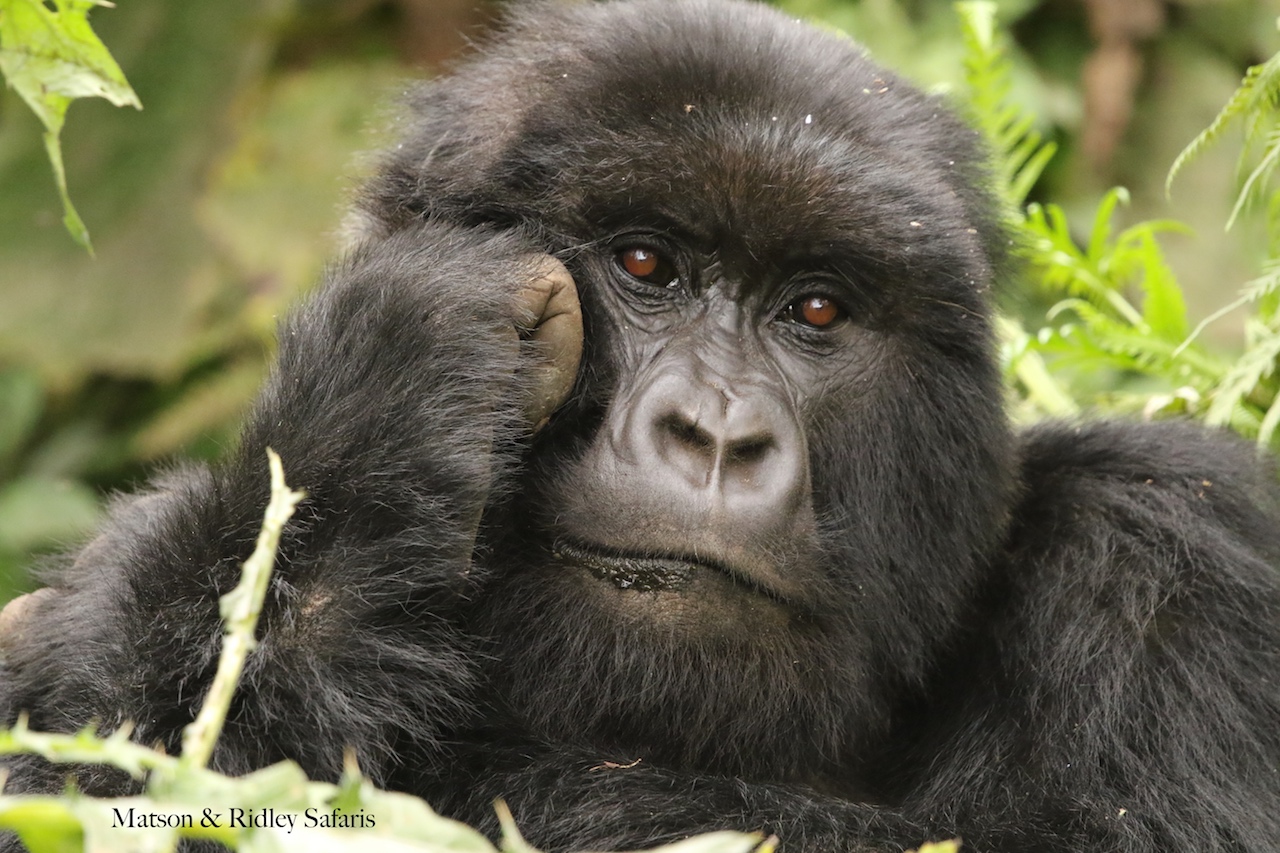 Being with the gorillas is nothing short of incredible.  They really simply get on with the business of being gorillas and while being aware of you they carry on as if you're not there - munching away on vegetation, interacting with each other, snoozing...  There is a 7m rule but the gorillas ignore this and often come very close, at which point the rangers encourage you to back away.  They don't want you getting too close to the gorillas because they could easily catch any viruses we have, being close relatives to each other (we share about 97% DNA with them!). 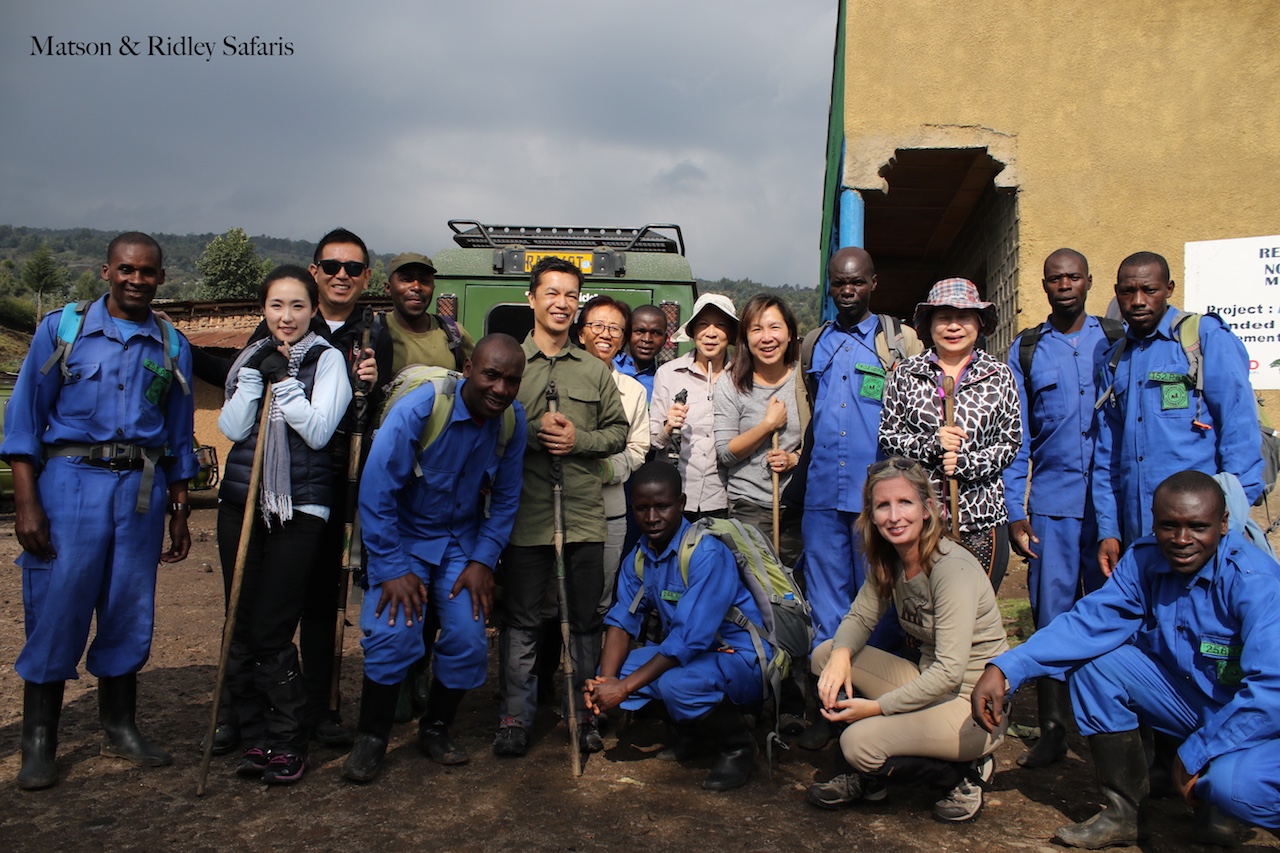 It's a humbling experience to be so close to a 160kg silverback male, who occasionally thumps his chest and plods meaningfully through his family with dominant, brooding looks.  Each gorilla looks totally different and it really felt to me like looking at bigger, hairier human beings.  Their expressions are pensive at times, appearing watchful and curious at others, and the little ones bumble around and do somersaults with playful abandon.  It's a joy to watch and truly feels like nothing else I've ever done before.

Gorilla tourism in Rwanda has been incredibly successful from a conservation perspective, with the population having tripled since the days of Dian Fossey (remember the movie "Gorillas in the Mist"?), directly as a result of providing benefits to local communities and to the Rwandan economy as a whole through tourism.  In fact, the cost of the official gorilla permit in Rwanda has now doubled to US$1500/person per day, which gives you a half-full day experience but just one fleeting hour with the gorillas.  What you pay for the gorilla permit goes to the running and management of the park, including paying the rangers who track them daily (and who directly prevent any gorilla poaching).  Some might say we are now paying the rightful price for an experience like this, which is only available in 3 countries (Rwanda, Uganda and for the most intrepid, Congo).  It's far less expensive to get a gorilla permit in Uganda at US$600/person/day, but all I can say is the accessibility to the gorillas in Rwanda, the relatively short distance you have to travel to get to them (a 2.5 hour drive from Kigali) and the overall professionalism of the staff, means that I'll be continuing to take groups to Rwanda to see the gorillas in the future.  Above all, what they're doing really is working to conserve the gorillas, and going on a safari to see the gorillas is the best donation to conservation you'll ever make. 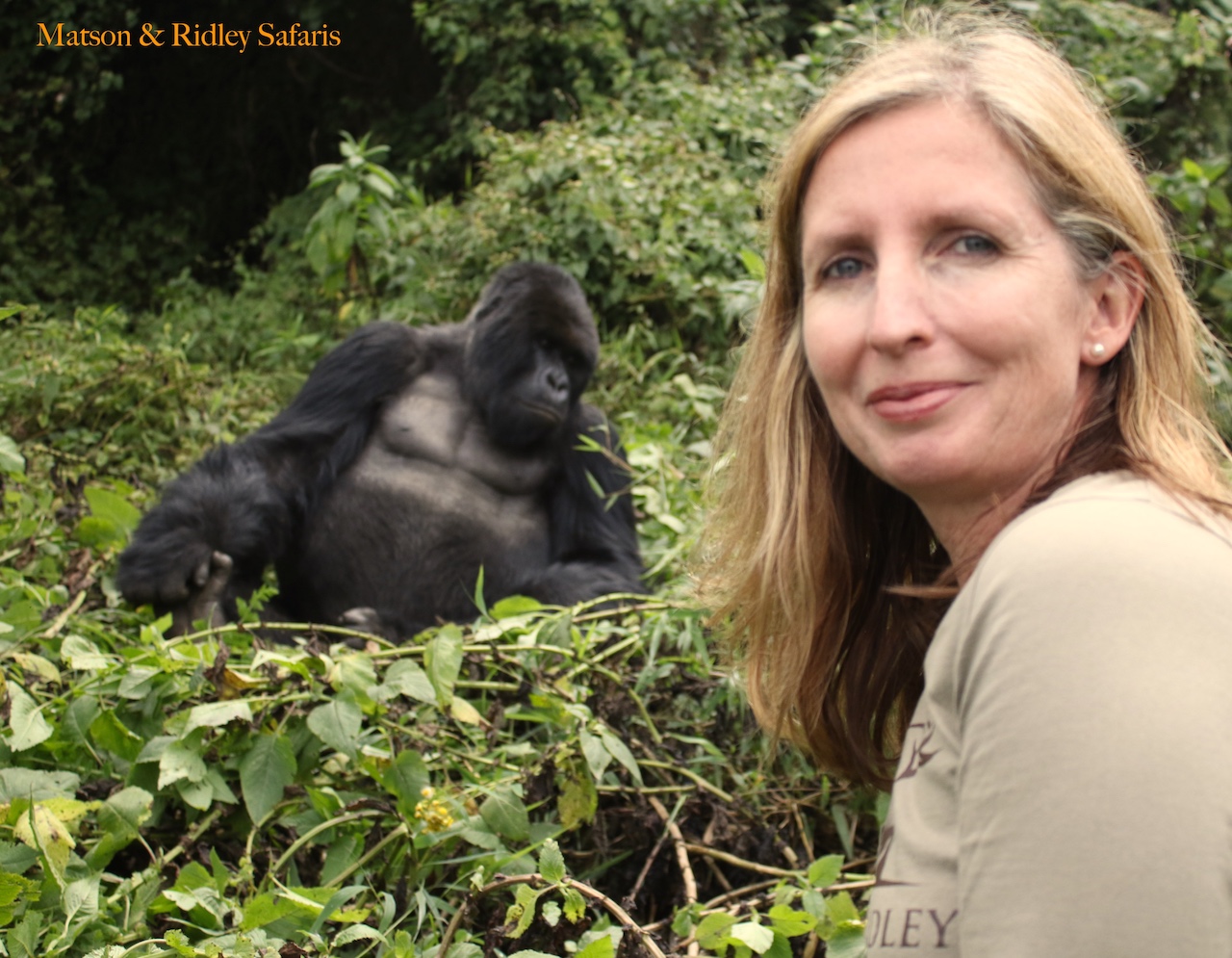 My next gorilla safari will be in August 2019, and will be back-to-back with a week in Tanzania for the Great Migration, but if you'd like to go sooner, please get in touch and let me organise your journey.  And of course I'm always open to leading private groups with a minimum of 8 travellers. Register your interest now for 2019 to avoid missing out.  You won't regret it and I promise you, it's worth every cent! 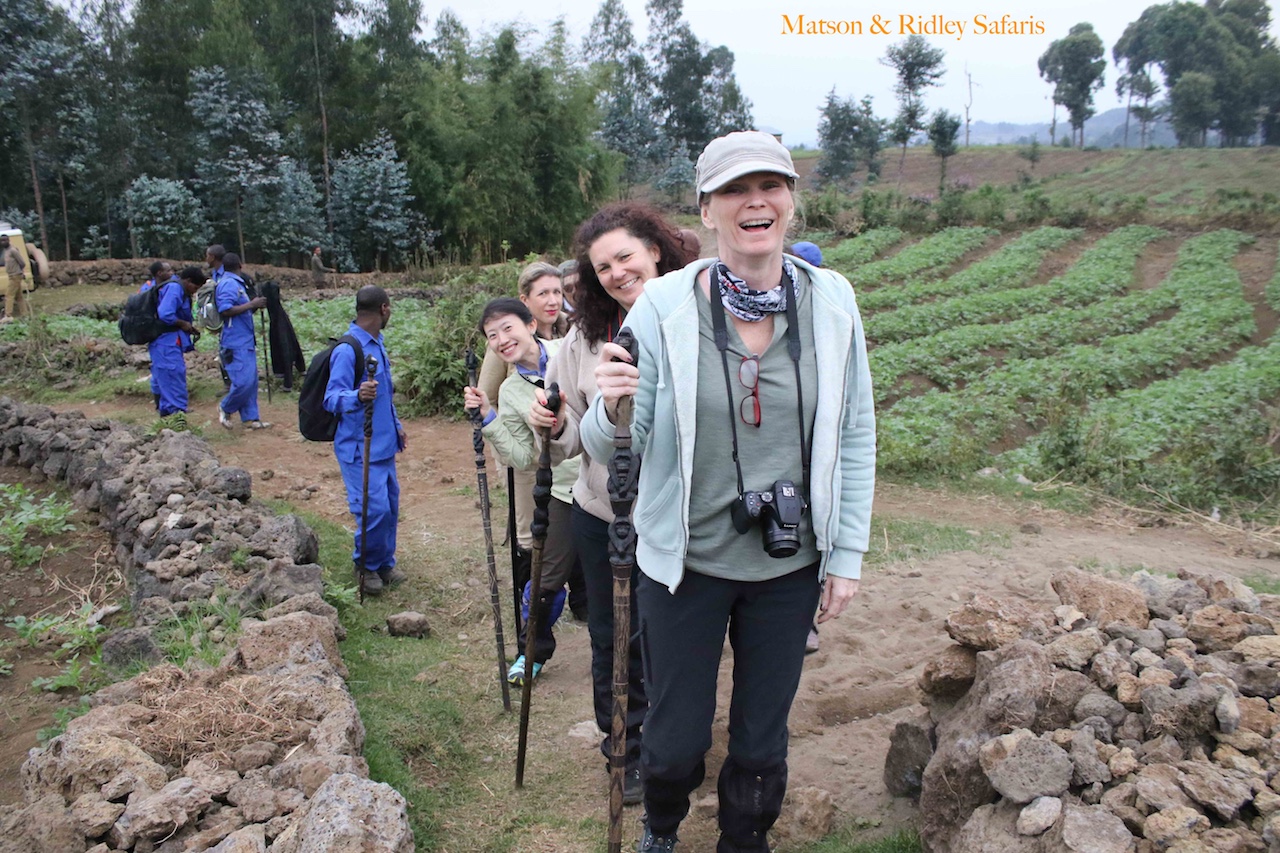