Recently at a talk I gave at a school in Singapore, a child asked me why we couldn't just chop off all the elephants' tusks, because then the poachers would have nothing to kill them for.  It s not the first time someone's raised this idea.  After all, female Asian elephants don't have tusks at all and that doesn't seem to hold them back.  You may have seen the pink tusked elephant doing the rounds on facebook last year, with the suggestion that colouring elephants' tusks bright pink would prevent poachers killing them.  Unfortunately neither of these ideas are the answer to the poaching crisis, and there s a number of reasons why it s not that simple. 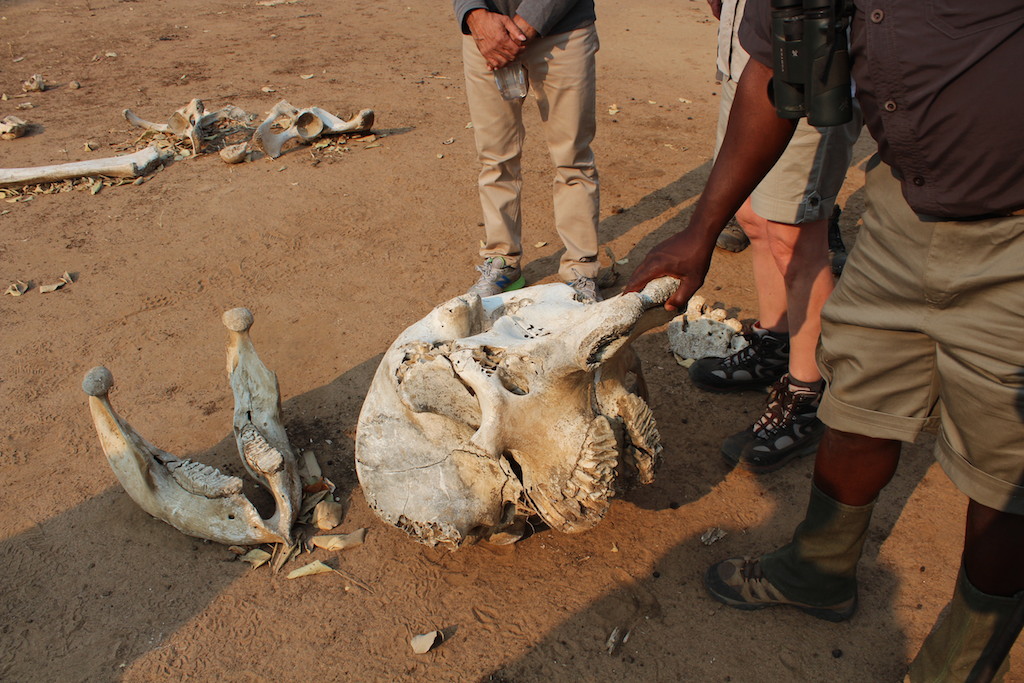 Above: Investigating the skull of an elephant that died in Mana Pools National Park, Zimbabwe, with my safari group recently.  You can see the tusks have been removed.

Firstly, tusks are effectively modified teeth.  They're made of dentine, just like yours and my teeth.  Elephants' tusks are lodged right inside their skull, which is why poachers kill the animal before cutting into the face to get the ivory out.  Yes, if you had a whole lot of funding, you could immobilise an elephant and cut off its ivory, but the cost of this is just not feasible and there is a more important point anyway.  The thing is, elephants need their tusks.  Yes, they can survive without them, but elephants evolved to have tusks for a reason.  They use them extensively for foraging and self defence in their natural environment.

Recently I was at Mana Pools in Zimbabwe and I watched a female elephant de-barking a tree in camp.  It was amazing to watch how she used her tusk to penetrate the bark and lever a piece off, then with her trunk she pulled the bark off like we would use our hand, before popping the bark into her mouth.  You can see my footage of this elephant eating bark in

by Vox.  Elephants eat a huge amount of plant matter every day, and their tusks are extremely useful to access food that isn't easily available. 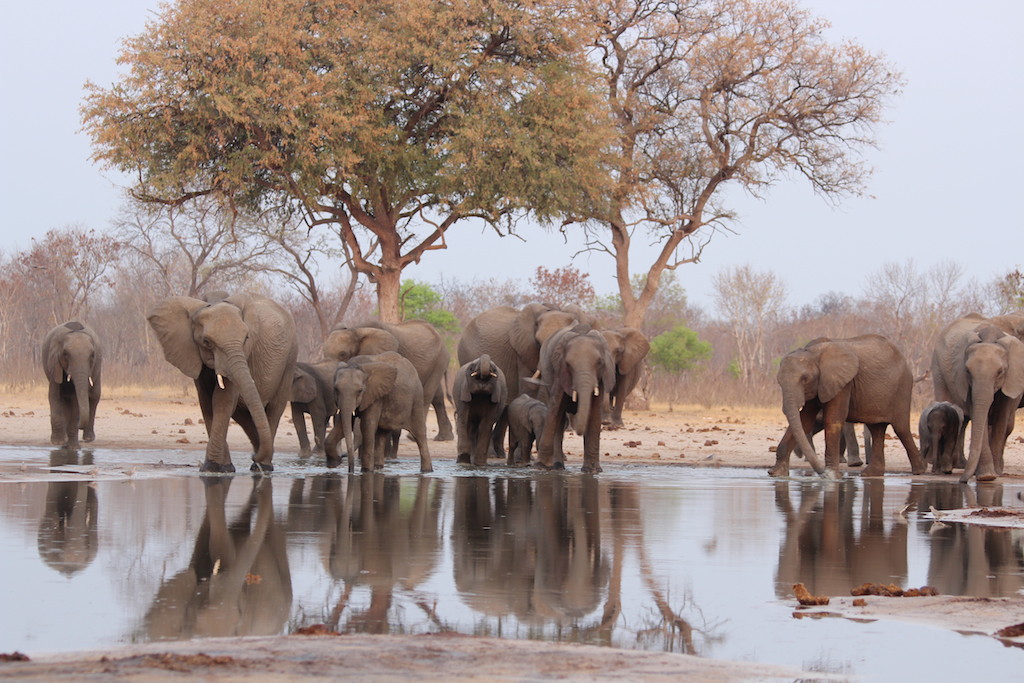 Above: Notice the female without tusks on the far right of this photo that I took in Hwange National Park, Zimbabwe last year.  Tusklessness is natural in the population but usually only occurs as a small percentage of the population.

Tusks are also formidable weapons when it comes to warding off lions and hyeanas, which is important when youre the mother of a baby elephant that needs protecting.  They're also extremely handy if youre a bull elephant fighting off another bull to establish your dominance.

So while tusks are very useful, it s true that an elephant can survive without them.  In fact, unfortunately what we're now seeing in some national parks that have experienced high levels of poaching is that a high percentage of baby elephants are being born with the tuskless gene, without tusks.  Joyce Poole from Elephant Voices has been studying this phenomenon in Gorongoza National Park, Mozambique.  A shocking 90% of the park's elephants were killed between 1977 and 1992 during Mozambique's civil war.  Because poachers targeted elephants with tusks, nearly half the elephants over 35 years of age now have no tusks.  Essentially, tuskless elephants were more likely to survive.  Now, 30% of female baby elephants in Gorongoza are being born without tusks, inheriting this characteristic from their mothers.  Similar trends towards tusklessness have been observed in South Africa's Addo National Park and Uganda's Queen Elizabeth National Park as a result of heavy hunting of ivory-bearing elephants.

A few weeks ago I was interviewed by Vox Videos in Washington DC for this short piece below on why the face of Africa's elephants is changing.  Take a look - it s a good summary of why we are seeing more tuskless elephants in places where poaching is heavy.  I m hoping this won t be the future for elephants, because those without tusks simply cannot access the same foods or protect their young in the same way as tusked elephants can.  Letting elephants be elephants - with their tusks - wild and free, is the future they deserve.