Matson & Ridley Safaris is the product of a lifetime’s passion and love for Africa and its wild places, people and animals.  Co-founded by zoologist, elephant expert and best-selling author, Dr Tammie Matson, and Earth Hour founder and movement builder, Andy Ridley, in 2013, this family business is first and foremost a conservation organisation.  When you go on a safari with Matson & Ridley, you won’t just have the experience of a lifetime; you are also directly contributing to the conservation of Africa’s wildlife.

“I was fifteen years old when my father took me on a life-changing safari in Zimbabwe. It changed me forever. The sense of adventure, the big animals and indigenous cultures, and above all, that raw sense of being truly alive that you get in Africa… Africa captured my heart. I gave up my plans to be a lawyer and decided instead to study zoology. After many years of research on impalas in Zimbabwe and then Namibia, including the subject of my PhD, Namibia’s threatened black-faced impala, I turned my hand to working on human-elephant conflict with the San Bushmen while working for Wilderness Safaris as an eco-tourism consultant.  I never wanted to leave Africa, but after a rather too close encounter with a bull elephant and my Namibian visa running out, I decided then it was finally time to get a ‘real job’ and return to the country of my birth, Australia. I took up a job as head of WWF’s species program in Sydney.  Over the years, I've co-run a campaign to help raise awareness of the illegal ivory trade in Asia, Let Elephants Be Elephants, and now I lead the Akagera Elephant Project, Rwanda, working closely with the Akagera local guides co-operative and the management of Akagera National Park. 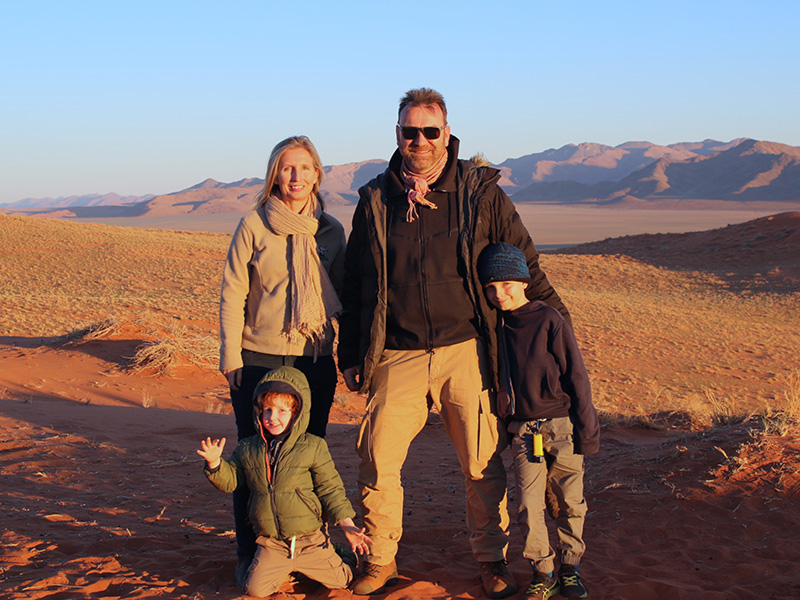 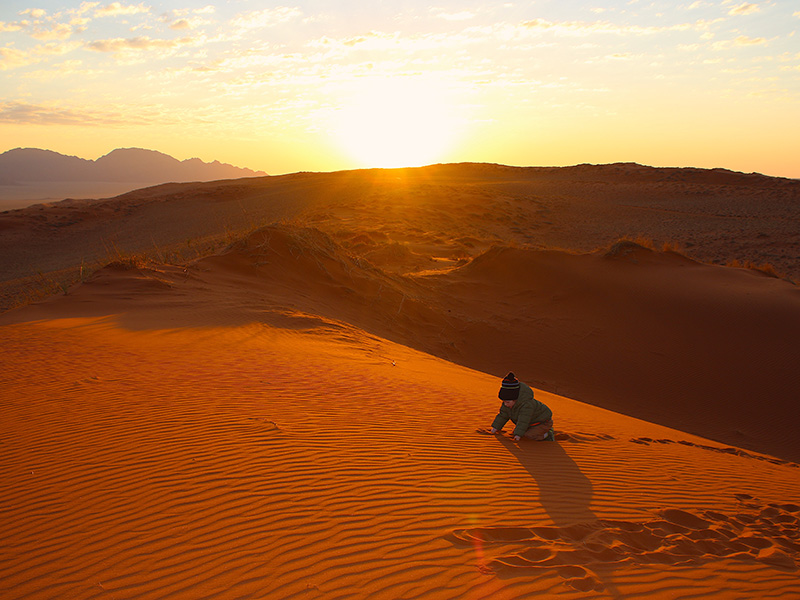 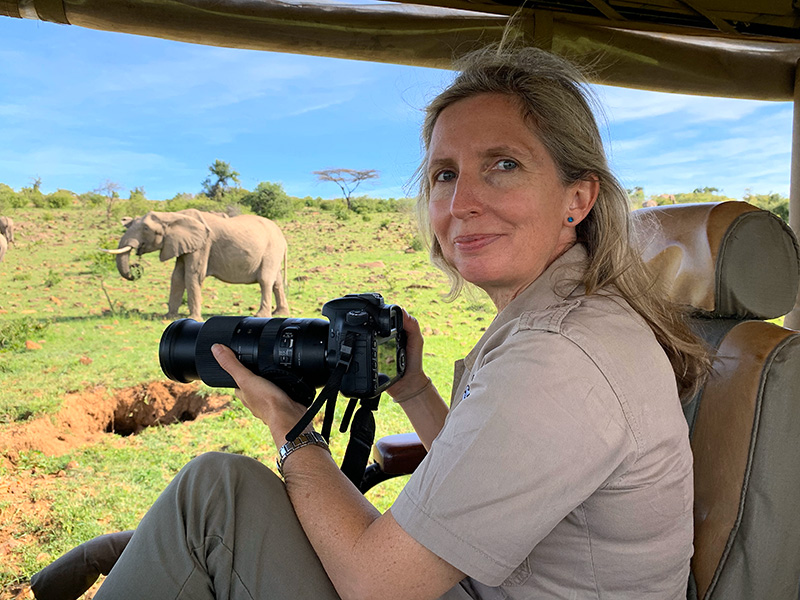 Andy and I believe that there’s nothing more important than connecting people to nature. That's why we get out into nature with our kids as often as we can, because it's good for all of us, but also to help our children understand that we are part of nature and dependent on it for our survival. The day I met Andy was the first week in my new job at WWF in 2007. He was then head of communications at WWF and had just started the event that would become a global movement in the years to come, Earth Hour.  I recognised in him a genuine passion for conservation that had come as a result of childhood dreams to be a marine biologist, then as an adult experiencing the Great Barrier Reef, where I had grown up, and realising the great peril it was now in.  The same things drove us.  We both loved nature, adventure and travel.  We both believed we would change the world.  And we were committed to ensuring that future generations would get to experience the natural world as we had.  Today Andy runs a reef conservation and citizen science initiative from our base in Cairns, where the rainforest meets the reef, Citizens of the Great Barrier Reef. 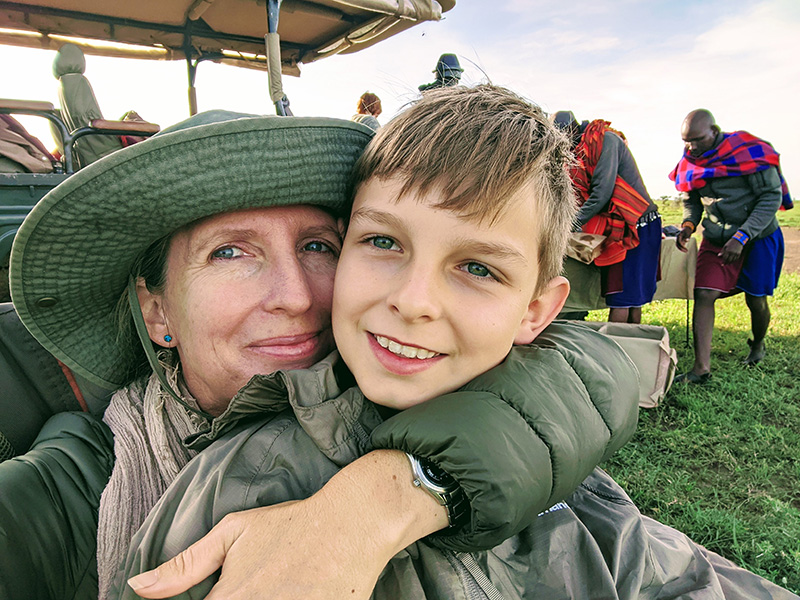 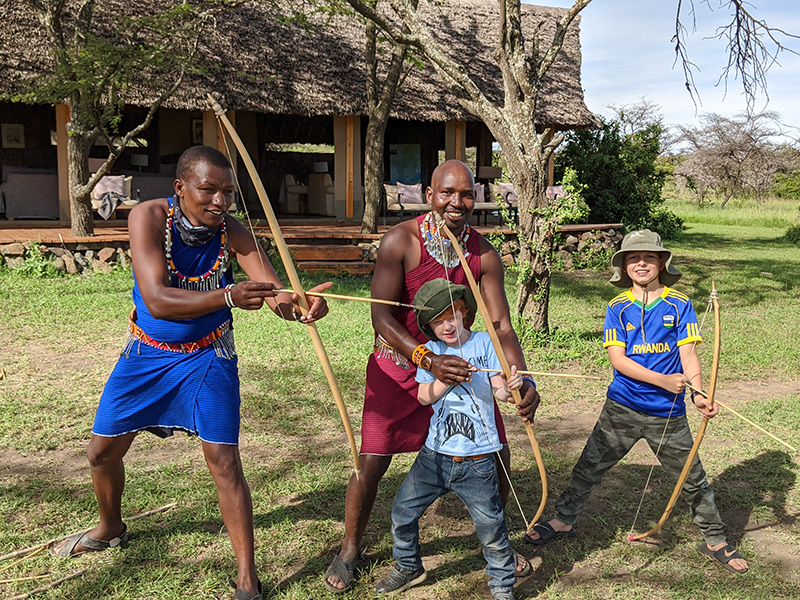 Our passion for conservation is a life mission. The knowledge that we have a responsibility to ensure that our children can experience the wonder of the world’s wildest havens is what motivates us to continue.  Today, Africa’s most iconic species are at dire threat of extinction in decades to come – elephants, rhinos, lions, to name a few.  And that’s why we started Matson & Ridley Safaris, a conservation company for the twenty-first century.  Having spent most of our lives working in conservation, we realised that some of the best working examples of successful conservation come from Africa, in particular ecotourism community partnerships.  When local communities benefit from the financial and livelihood opportunities that come from effective tourism operations, poaching ceases to exist.   But we wanted to do things differently to the majority of nature-based charities out there, that are so dependent on fund raising for their very survival, and ensure that our conservation organisation has not only a sustainable income source, but also makes a real difference on the ground, which you will see first hand when you go on safari with us.

How is Matson & Ridley Safaris unique? We’re here to do conservation. That’s our mission. Having travelled extensively throughout southern and eastern Africa, often with our kids, we know the safari operators and camps making the biggest impacts for conservation and we support them through our company. We have a track record of producing real conservation action.  Our extensive network of conservation and tourism partners ensures we are offering the most ethical safaris possible, while also providing experiences that are second to none. If you really want to make a difference in Africa, support the local people who are living with the wildlife. They are the custodians of the land and the environment, and when you have their buy-in because they’re benefiting, conservation follows. Join us on safari in Africa and help ensure that wildlife has a place in our world’s future. It will change your life!”